12 great examples of how countries are adapting to climate change

We must invest in a massive effort to adapt to higher temperatures, rising seas, fiercer storms, more unpredictable rainfall, and more acidic oceans. Thankfully, there are many bright spots where adaptation efforts have already begun.

T he world’s level of readiness for the unavoidable effects of climate change is “gravely insufficient” and trillions of dollars of investment are needed to avoid “climate apartheid”, according to the Global Commission on Adaptation’s flagship report, which was released last week.

The report, Adapt Now: A Global Call for Leadership on Climate Resilience, estimates that investing $1.8 trillion globally in five areas from 2020 to 2030 could generate $7.1 trillion in total net benefits. The greatest obstacle to this is not available funds but a lack of “political leadership that shakes people out of their collective slumber,” the report said.

But some countries are already taking action, and the report also shines a light on examples of the kinds of innovative, forward-thinking solutions the world will need more of if we are to successfully adapt to this new climate reality.

Here’s a closer look at some bright spots from around the world.

The UK’s Thames Barrier is an iconic example of building robustness and flexibility in the face of uncertainty. By holding back storm surges and high tides, it helps protect 1.3 million people, £275 billion in property and infrastructure, and places of high historical and cultural value from flooding.

When it was opened in 1982, the Thames Barrier had a design life until 2030. However, studies show that based on current sea-level rise projections and the ability to raise embankments, it can now protect London until 2070.

The Africa Disaster Risks Financing (ADRiFi) programme gives African countries access to market-based solutions for transferring some of their climate risks and to benefit from a payout in the event of a disaster. The programme supports early stage financing that could be the impetus that gets countries to finance insurance premiums from their own budgets.

This support complements the capacity-building support that Africa Risk Capacity (ARC) Insurance provides to African countries to help them better understand their disaster risk and establish the appropriate financing mechanisms for each layer of risk. These will prepare African countries to best address climate-disaster events when they occur.

China uses a rigorous science-based process to identify priority areas for biodiversity conservation, ecosystem services management, and disaster risk reduction. About a quarter of the country is to be put under a high degree of protection to build the resilience of critical natural assets.

Meanwhile, Mexico has identified and designated water reserves in more than one-third of its river basins, covering nearly 50 million hectares. A mix of protected areas and wetlands, these reserves can help maintain adequate downstream flows and protect the water supply for 45 million people in a changing climate.

The Great Green Wall Initiative in the Sahel and West Africa, with catalytic funding from the Global Environment Facility, applies a landscape approach to improve sustainable land and water management – such as restoring 15 million hectares in Ethiopia and planting 11.4 million trees in Senegal – across 21 African countries. 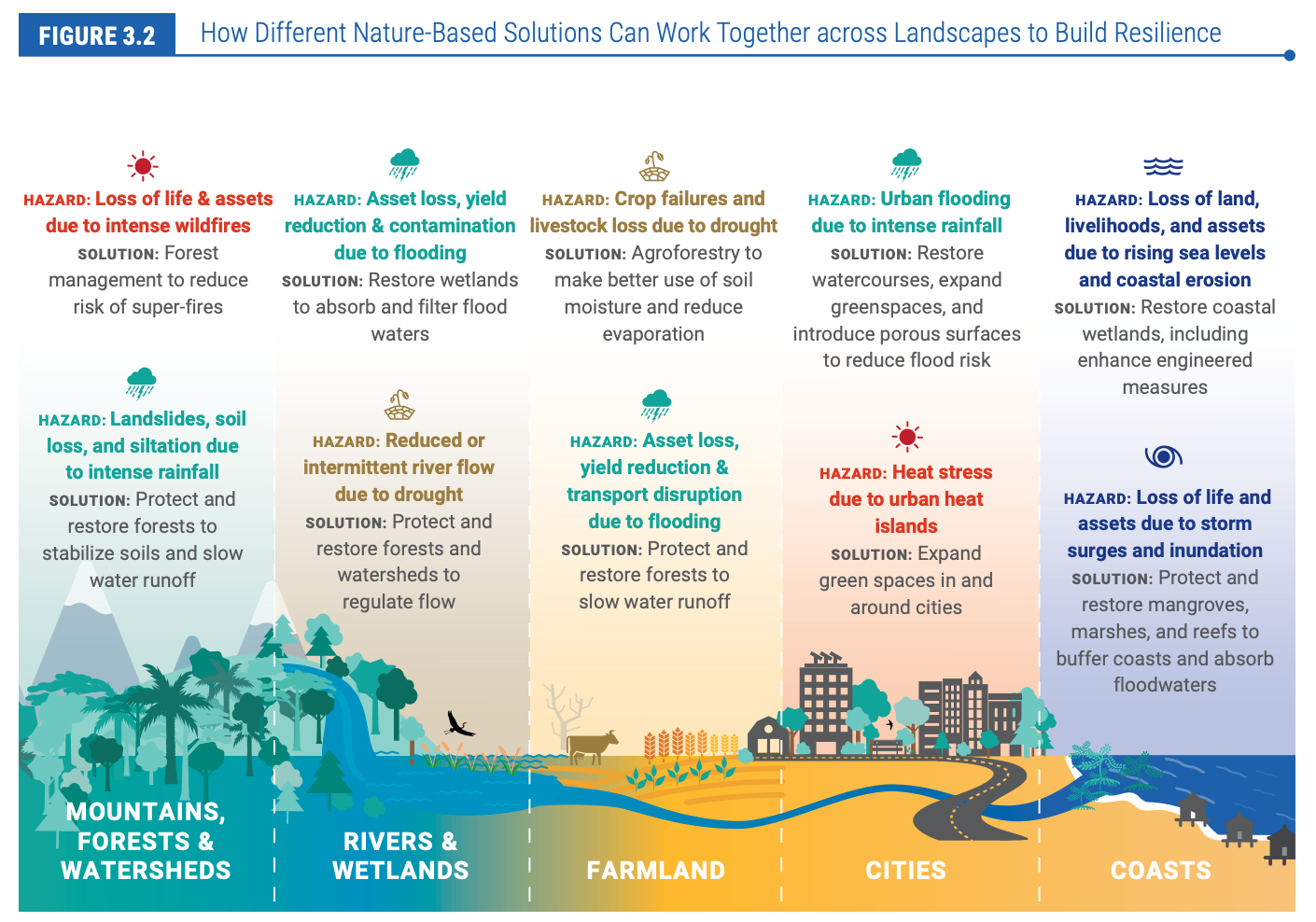 Participatory planning (involving local communities in the planning and decision making process) makes it possible to develop shared goals, to coordinate action, and to build on traditional and local knowledge.

A great example of this is taking place on the coast of northern Java, Indonesia. In Demak district, by planning and working together, diverse groups have restored a 20-km belt of coastal mangroves, introduced sustainable aquaculture, and reduced groundwater extraction. The resulting protection from coastal flooding and improved aquaculture productivity have increased resilience for 70,000 people, with additional carbon storage, biodiversity, and fisheries benefits.

One $20 million investment is restoring saltmarshes and improving dykes along the Bay of Fundy in Nova Scotia. The project will reduce coastal flooding for tens of thousands of residents and businesses, world heritage sites, indigenous communities, and more than 20,000 hectares of farmland.

‘Room for the River’ in the Netherlands

Instead of building higher and higher levees, the Netherlands adopted a “Room for the River” strategy, founded on the principles of water safety and spatial quality. The idea is to live with the water instead of fighting it: the strategy gives water more space to spread out when floods occur, reducing damage and loss of life. 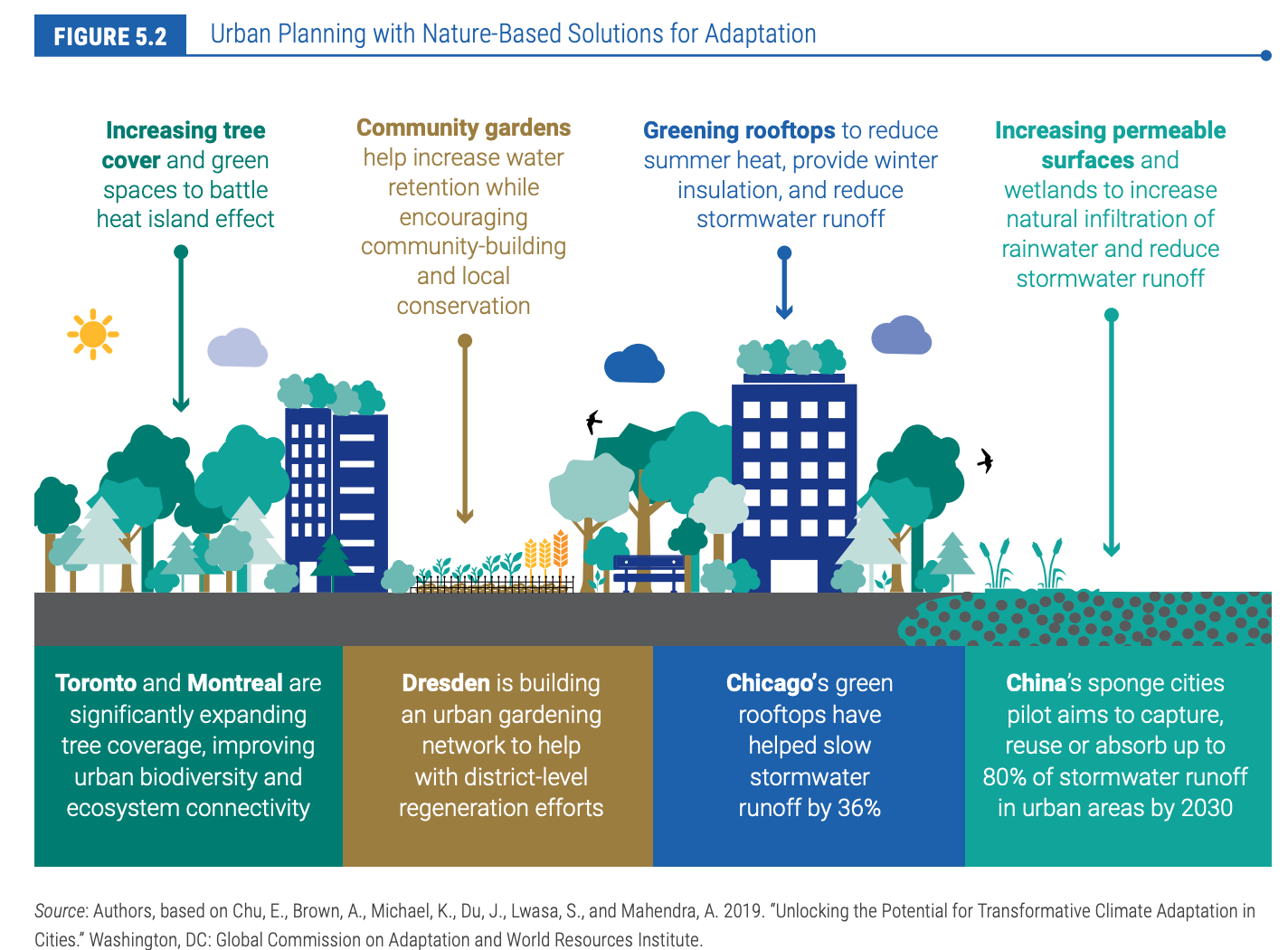 Building resilient homes in the Philippines

In 2009, when Typhoon Ondoy hit the Philippines, 40,000 people were living in informal settlements along the Manggahan Floodway. Lives and property were lost. In the aftermath, people living in the informal settlements worked with decision-makers to advocate for their rights to housing and began designing their own climate resilient homes. After years of community-based planning and negotiation, construction began.

The climate-resilient design incorporates things like disaster-resilient materials and elevated water tanks. So far, 480 families have moved in; when complete, the project is expected to have 900 units.

Endeavour Energy owns, manages, and operates a distribution network supplying electricity to 2.4 million people in Australia. The company uses a geographic information system (GIS) that includes the location and layout of assets and other geographic features. The GIS forms part of Endeavour Energy’s maps that identify those assets in bushfire-prone areas and enables more efficient and effective management of vegetation near power lines to minimize outages.

Canada’s latest infrastructure investment plan emphasises building resilience through the use of both constructed and natural infrastructure – from seawalls and roads to natural shorelines and wetlands.

The Investing in Canada Plan commits $17 billion for green infrastructure investments – including ones that will boost resilience to the impacts of climate change.

The Republic of the Marshall Islands, meanwhile, is working with the World Bank to improve the resilience of maritime infrastructure. Communities in the Marshall Islands depend on transport by boat for everything from education to health services: protecting docks and ports from climate impacts is vital. The project includes a contingent emergency response component that enables funds to be quickly reallocated in response to emergency events.

Germany and India have both responded to devastating heat waves with action plans that focus on protecting their most vulnerable citizens. After a 2010 heat wave killed more than 1,300 people, Ahmedabad, India, was quick to react: training health care staff, distributing water, painting roofs with white reflective paint (to reduce the heat in homes by as much as 5°C), and more.

Thanks to this Heat Action Plan, fewer than 20 people died in a similar heat wave in May 2015. Thirty other Indian cities have adopted the plan. 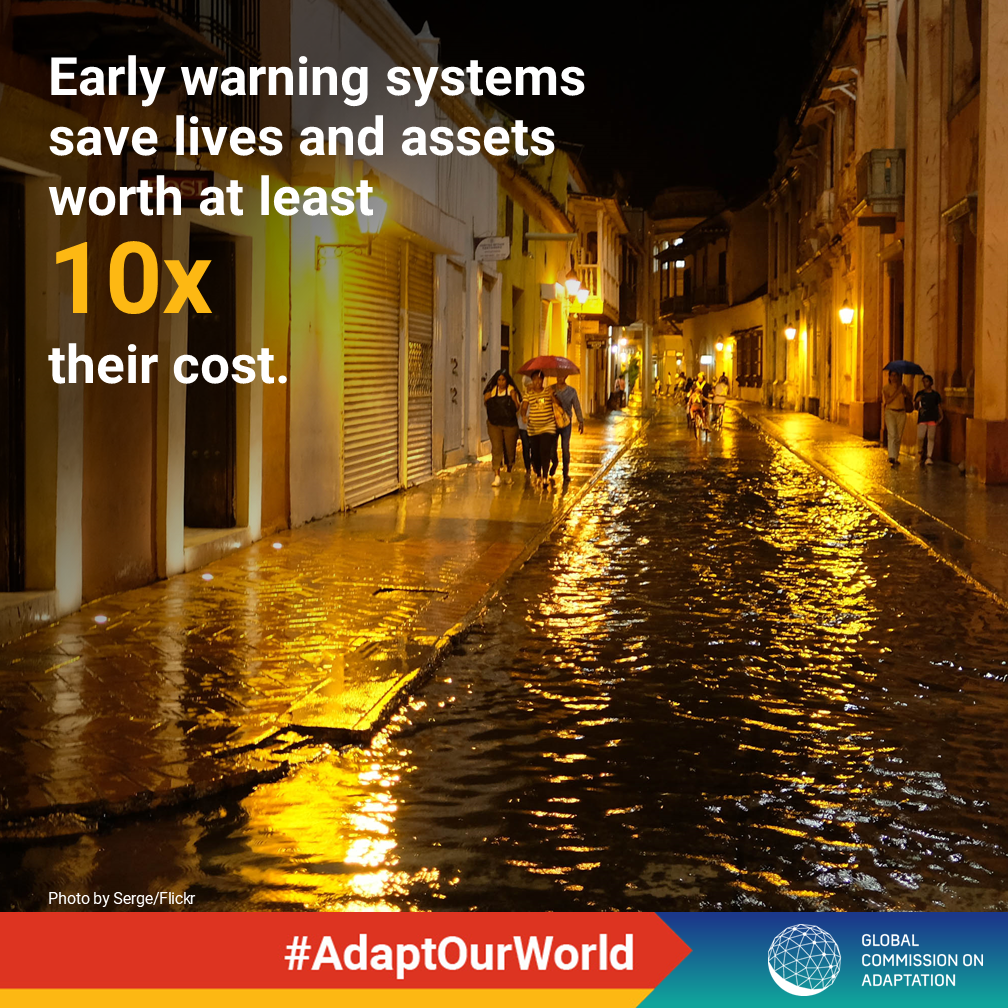 “With such a timely disbursal, we hope to avoid potential catastrophe before it even happens, supporting people to continue working and going to school,” said Robert Kwesiga, Secretary General of the Uganda Red Cross Society (URC).

Uganda is one of 16 Red Cross Red Crescent societies around the world piloting FbF. Uganda has seen more frequent flooding and more severe droughts due to climate change. In the Kapelebyong Region, FbF helped more than 2,000 people protect themselves against flooding-induced waterborne diseases, and enabled URC to proactively warn residents of potential flooding in two districts.

Climate disasters are getting worse. Here’s how developing countries are insuring against them
These football pitches in South Africa turn rain into drinking water for school children