Climate change migration is a huge challenge. But it can also be an opportunity

Migration caused by climate change is a growing concern. However, human mobility can also have a positive impact, including raising incomes and reducing poverty and child labour rates.

W e are living through a time of huge environmental change, including rising temperatures, water insecurity and an increase in extreme weather events, which are forcing millions of people to leave their homes and become displaced.

As a result, they are cut off from their roots, their livelihoods and their culture. In 2017, it was estimated that more than 25 million people were displaced due to environmental-factors. According to the Internal Displacement Monitoring Center, environmental disasters cause the highest numbers of newly displaced people each year. Meanwhile, The World Bank estimates that climate change could force over 140 million people to migrate within countries by 2050.

There is no doubt that climate change effects are altering the patterns of human migration, and we cannot deny that environmental migration represents enormous challenges, but at the same time, it can also lead to new opportunities for resilience and adaptation.

The challenges of environmental migration

In the context of climate change, the opportunities and challenges of migration depend on a variety of social, economic, cultural and political circumstances. The connections between climate change and migration are usually far from simple and direct, and it can be difficult to determine whether it was actually climate change that forced a person to become displaced in the first place. Population growth, poverty, poor governance and conflict can all play a significant role in migration, too.

These complex issues often lead some people to consider migration as a failure to adapt to environmental changes. In this context, the negative connotations that are often associated with migration can prevent any policies designed to help climate migrants from being a success. This is also often because they are short-term strategies that are focused on reducing, mitigating and restricting migration, instead of targeting the root causes of migration.

Additionally, designing successful environmental migration solutions can be a challenging process, mainly due to the uncertainty of its causes and other external factors. However, to harness migration as an adaptation strategy, a few things need to happen.

First, start thinking about a new global mobility mechanism. In many cases, governments fail to understand that people will migrate no matter how dangerous their situation is. Therefore, new migration frameworks will facilitate safe, legal migration and enable governments to have better control over it.

Secondly, governments must integrate migration into urban planning efforts in order to reduce challenges faced by both the migrants themselves and their destination communities.

Thirdly, we must continue to gather information and data on the connection between migration and climate change, in order to respond accordingly. 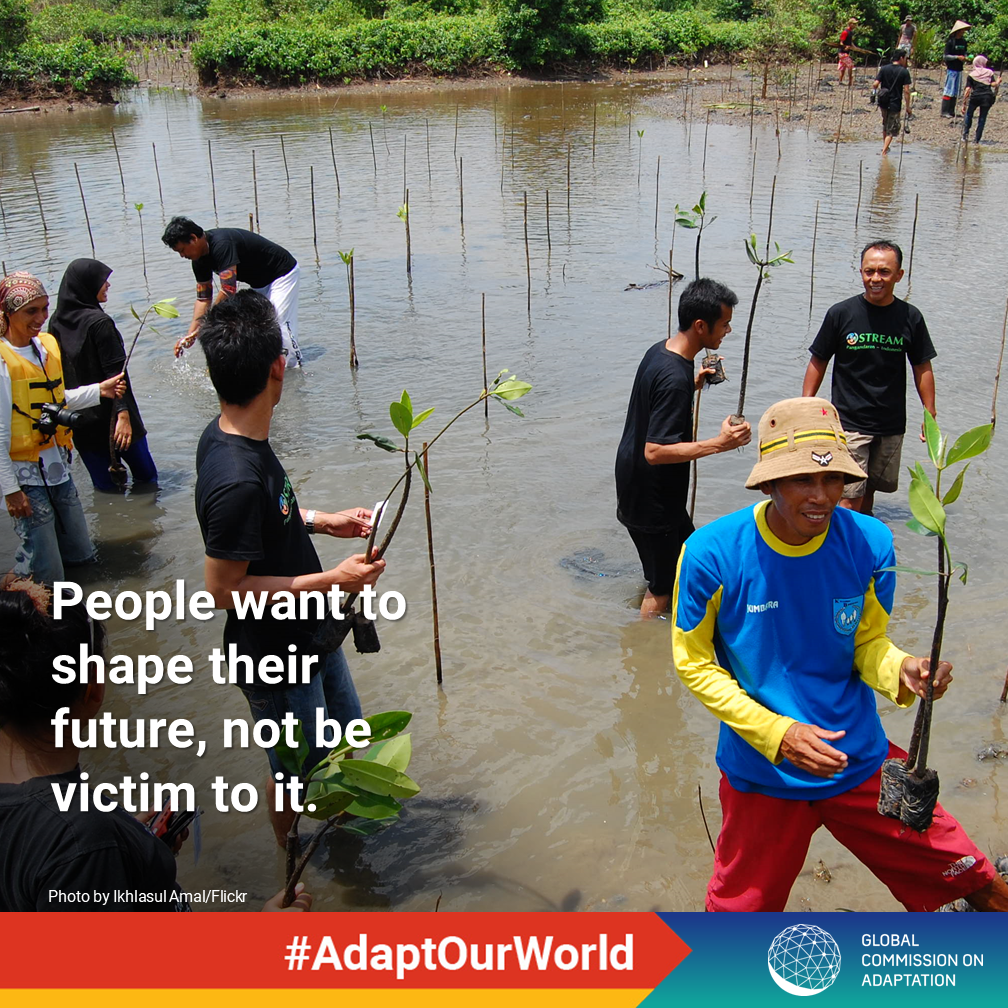 Recognizing the opportunities for migration as an adaptation strategy

In the last decade, there has been a growing consensus among academics that migration can be an essential part of any strategy of adapting to the impacts of climate change, particularly in areas where these impacts are severe and adaptation measures are expensive.

In some scenarios, migration can constitute an essential and positive adaptation strategy. Migration can reduce population pressure and exposure in areas prone to climate disaster. In terms of economic implications, mobility can represent an income diversification strategy, and it can play a key role in poverty reduction, mainly due to the remittances that are used for long-term investments in health and education opportunities.

Understanding how migration can help reduce loss and damage and increase benefits associated with climate change is important. One stand-out example of adaptation and global action is the Temporary and Circular Labour Migration (TCLM) between Colombia and Spain. Through this innovative migration model, created by the International Organisation for Migration (IOM), Colombians facing natural disasters are offered a livelihood through temporary work abroad, while the affected regions recover.

Using migration as an adaptation strategy

Migration is a reality all over the world and is already having a positive impact on the capacities of communities and countries to adapt to climate change. Generally, governments and stakeholders consider migration as a negative factor which needs to be restricted. However, the community’s perception of the negative impacts is lower compared with the overall benefits that migration can bring to them, like new social networks, transfers of knowledge, technologies and other resources.

Considering migration as a valuable strategy for adaptation to climate change requires that we focus on the positive contributions of migration to ensure that successful policies and outcomes can be delivered. This will be critical to improving the dialogue surrounding migration, which in turn could lead to new approaches and policies that will assist migrants as they adapt to environmental disasters.

How crowdsourcing seeds can help farmers adapt to climate change
Climate disasters are getting worse. Here’s how developing countries are insuring against them