Farming these 3 sea creatures boosts profits for fishers in Vietnam

A quaculture production has been a fast-growing food sector in the world. Its profitability and climate resilience should be explored to identify areas where it can be scaled. In the North Central Coast, Vietnam, WorldFish and the Vietnam Institute for Fisheries Economics and Planning conducted a study about the shrimp-tilapia-seaweed aquaculture system.

This system was introduced by the project, “Enhancing community resilience to climate change by promoting smart aquaculture management practices along the coastal areas of North Central Vietnam.” Implemented from 2015-2016, the project was funded by the CGIAR Research Program on Climate Change, Agriculture and Food Security (CCAFS) in Southeast Asia.

Adopters and non-adopters, as well as those who were not part of the project but still have grown shrimp, tilapia, and seaweed together (autonomous group), were asked to identify their perceived benefits and barriers for adoption. Based on their responses, the study concluded that this shrimp-tilapia-seaweed aquaculture system is indeed beneficial, but needs conducive policies, infrastructures, and communication support for successful adoption and scaling.

Farmers who have adopted the shrimp-tilapia-seaweed system and those already practicing such system have recorded better economic benefits than those who did not adopt at all. For example, adopters attained 64% more economic benefits than the non-adopters and reached USD 3,230/hectare in revenue, which was 5% more than that of the autonomous group.

Using the net present value (NPV), the study then found that adopting the shrimp-tilapia-seaweed system within 10 months would yield farmers about USD 105. Autonomous adopters, meanwhile, generated an NPV of USD 23. A positive NPV indicates that the cash inflow or benefits are greater than the cash outflow or costs. 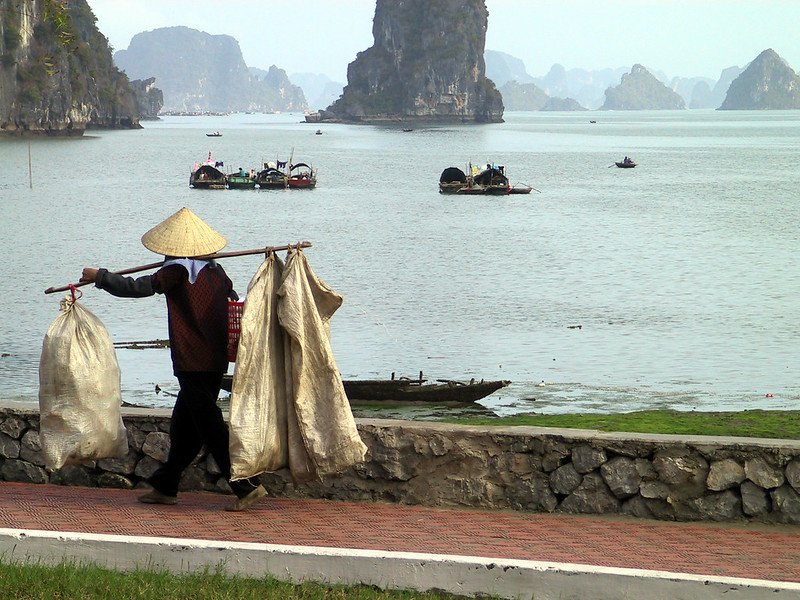 As perceived by most of the targeted farmers, the shrimp-tilapia-seaweed system helped them diversify their production, increasing their income and acquiring more assets. The system has also helped them reduce climate risks by increasing their awareness and knowledge about climate change, adaptation, and mitigation.

Significant investments in capital, technical, and labor are needed to make the shrimp-tilapia-seaweed viable. However, low-income farmers cannot afford such investments; they are mostly subsistence producers who lack cash. These constraints keep them from buying quality inputs such as feed, seed, fertilizers, and chemicals, as well as accessing formal markets to apply for loans.

Once these barriers are addressed, farmers can now access domestic and international markets. More products will be sold, and more income can be earned. The improved state of living of farmers can allow them to invest further in sustainable aquaculture practices and adaptation and mitigation measures.