Most COVID economic rescue packages are ‘dirty’. Here’s how that can change

W ith trillions of dollars pledged to recover from the COVID-19 pandemic, many of us hoped this unprecedented windfall would be spent on making our economies more resilient and better adapted to climate change. Given the enormous fiscal constraints countries are facing, it would make sense for recovery programs to invest in initiatives that reduce the impact of future disasters. Otherwise, there may be no resources left to attend to the future climate disasters that we know are going to happen.

That is why an initial review of the recovery packages of the G20 group of industrialized nations gives us cause for concern. A study by the Green Climate Fund found that out of $12.1 trillion in G20 recovery packages approved so far, “dirty” measures – those that increase carbon emissions – outnumber “green” initiatives by four to one. Measures to strengthen climate resilience are non-existent or a much smaller proportion of these green initiatives.

The United Nations Environment Program estimates we will need to spend up to $300 billion a year by 2030 to build climate resilience – in weather-proofing our cities and our food production, for example, or restoring natural ecosystems and building defenses against rising sea levels. But in 2017-18, investment in adaptation projects was just $30 billion, according to the Climate Policy Initiative.

The funding gap is both disheartening and difficult to explain, given that a host of economic studies show conclusively that the benefits of climate adaptation action far outweigh the costs of reducing emissions and building resilience.

Even the IMF, in its October World Economic Outlook, concludes that a green recovery would deliver “a net positive effect on global growth,” adding that “because rates of return on investments in adaptation to climate change are often greater than 100 percent, official aid for adaptation is an effective use of public money.” A study by the Global Commission on Adaptation, meanwhile, found that investing $1.8 trillion in five areas by 2030 could generate $7.1 trillion in total net benefits. 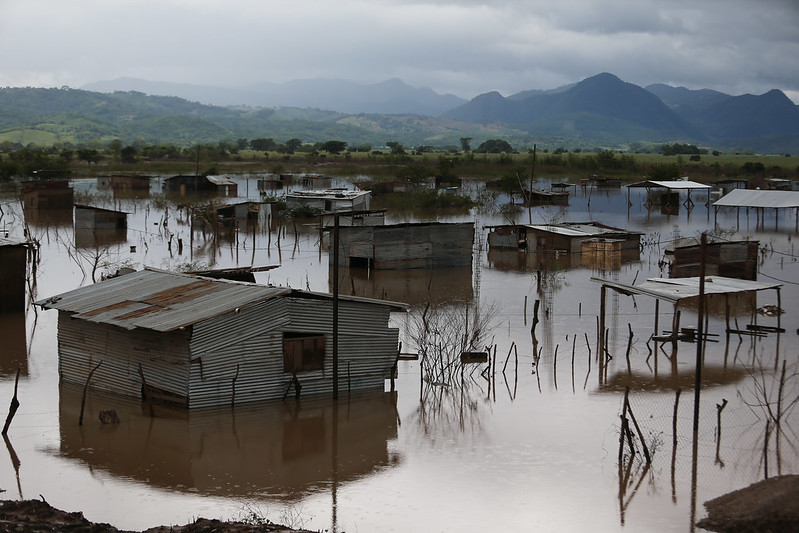 Governments should stop and reconsider their priorities for their post-COVID spending. Even as we write, climate shocks are compounding the human and economic suffering caused by the pandemic – a triple whammy.

Only last month, two hurricanes smashed into Central America in quick succession, impacting more than five million people and wiping out an estimated 20 percent of the GDP of Honduras. In Central America, as in Bangladesh, the United States and the Caribbean, evacuating communities from the path of hurricanes has become immensely more complicated in this pandemic year because of the threat of contagion in crowded shelters. That is why investing in resilience and climate adaptation now should be seen as an insurance policy against future costly disasters.

To build back stronger communities, governments must be prepared to put climate adaptation at the heart of their recovery plans. Building resilience to climate impacts should be integrated into every aspect of the global recovery. Adaptation should not be siloed or tagged on as an afterthought.

Nations big and small, rich and poor, have an opportunity to amplify the positive benefits of stimulus packages by prioritizing investments that enhance climate resilience. The private sector, too, should not miss out on the huge investment opportunities that lie in delivering greener, more resilient economies. Well-designed climate adaptation programs in these areas can generate new businesses and jobs that are urgently needed for a lasting and sustainable recovery.

Climate finance is at risk of being pushed to the sidelines as governments focus on the immediate needs of their COVID-stricken economies. World leaders must not let this happen. We hope the Climate Adaptation Summit happening in the Netherlands this January will unlock the finance to drive the adaptation action we need.

We need to shift how investment decisions are made, scale up public finance and harness private capital to make climate resilience the central focus of post-COVID recoveries. We may never get another chance to set humanity on the right course.