Global Youth Call to Action:
Adapt for Our Future 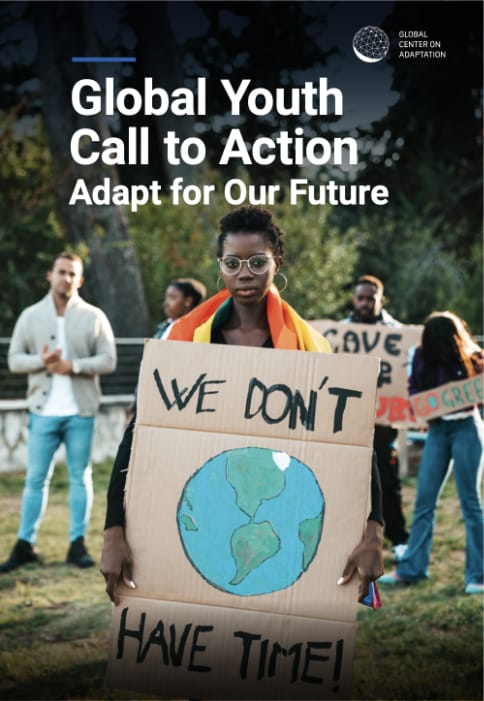 Today, the world is home to the largest generation of youth in history, with 1.8 billion worldwide. One out of five people globally are between the ages of 15 and 24. Nearly 90 percent of the global youth live in developing countries, nearly one billion in Asia and Africa.

A significant share of the world’s population is youth, with the youth population set to increase by as much as 62% in some countries. There is an imperative for young people to be involved in adaptation, because the generations who are young today will experience more significant climate change impacts.

Young people bring new ideas and radical ambition which are required to develop adaptation solutions and implement them at a large scale. When empowered, young people can build climate resilience and adaptive capacity in their communities even though they are among the most vulnerable populations which will be disproportionately affected by climate change.