Living with water: climate adaptation in the world’s deltas 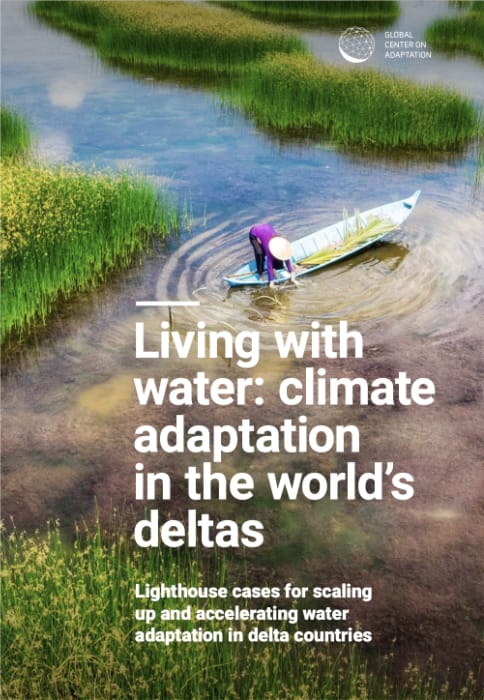 Over the centuries, deltas have given rise to some of the world’s greatest cities—and those cities have always been open to the world. They have thrived not only in the trade of goods, but also in the exchange of ideas. Today, as the world faces up to the need to adapt to climate change, it has never been more important for delta countries to learn from one another.

That is the thinking behind this ‘lighthouse’ report, which brings together inspiring case studies from around the globe to galvanize governments and citizens to help the half a billion people living in delta communities who are imperiled by climate change.