Older women in rural India are ignoring cultural norms and becoming farmers. Their success in climate-resilient farming is not only keeping lands productive in longer and more intense periods of extreme weather, but is also changing attitudes.

T he grandmothers of Janakpur village in northern India married in their teens, bore children soon after and spent much of their lives cooking food and taking care of livestock. Now, however, they are reshaping farming in the community in an effort to deal with climate change – and remaking relationships between men and women as a result.

The northern Indian state of Uttar Pradesh, one of India’s poorest, has seen harsh new pressures on farmers as the planet heats up, from longer summers and harsher winters to much more unpredictable rain.

But women often have proved the most open to trying new ideas to deal with the pressures – even when they’ve been teased or beaten for attending training sessions.

Around the world, women’s leadership in agriculture is increasingly being recognised as key to tackling climate change, with women playing a strong role in adapting new technology, spreading information and urging action, according to the United Nations.

One of those who has stepped up in Janakpur is Meera Chaudhary, 55. She was married at 13, but lost her husband when she was 22 and the youngest of their six children was just eight months old. 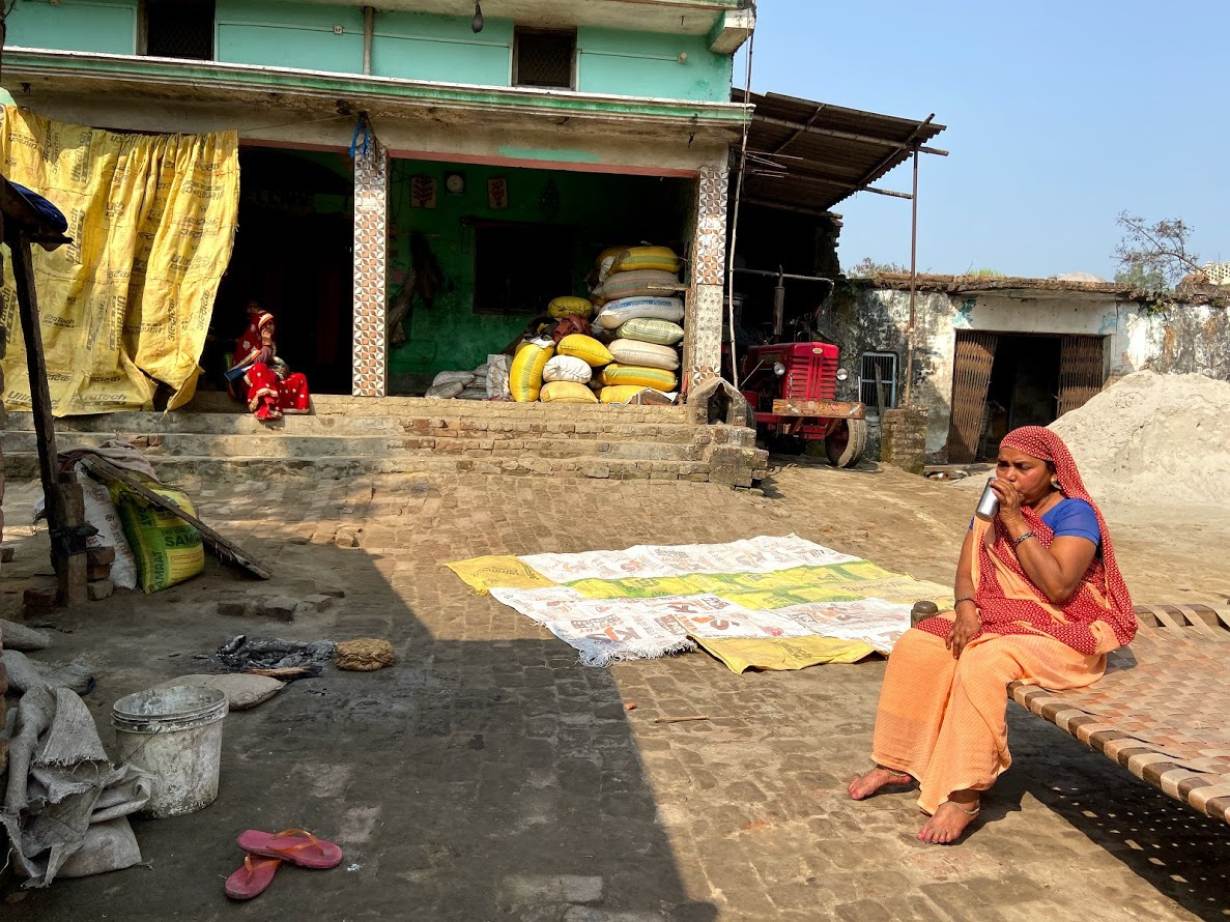 “My husband did the farming. I did the preparation – sorting seeds, taking care of the livestock,” she told the Thomson Reuters Foundation, as she sat on a cot and sipped tea in the courtyard of her house, grain sacks stacked behind her.

When he died, she had seen the farm – a five-minute walk from her house – just a few times, each time escorted by her husband. That is one reason she initially saw merit in the villagers’ suggestion to sell her farm when she was widowed.

“But I didn’t. I continued my husband’s work,” she said, even when the rains grew more unpredictable, hitting the farm’s paddy rice harvest.

Looking for alternatives, “I moved to growing vegetables, which improved profit (and) that helped me buy another cow,” she said.

“Nobody considered women as farmers”

Chaudhury is one of a growing tribe of women taking control of farmland in this region in India that has among the highest child marriage rates and the poorest participation of women in the workforce.

They have taken advantage of a slew of agricultural initiatives in the last few years that have focused on aiding marginalised communities and women farmers.

Inadvertently, the programmes have tackled not just the women’s preparedness for changing weather patterns but also gender relations in the villages.

Before, “nobody considered women as farmers. There was no term like ‘women farmers’, despite them doing most of the work,” remembered Ajay Singh, project coordinator for the non-profit Gorakhpur Environmental Action Group (GEAG), which among other activities trains women in climate-resilient farming.

GEAG trains farmers in villages around Campierganj, a small town and the administrative centre of about 90 villages, including Janakpur, in eastern Uttar Pradesh.

The area sees floods almost every year and villagers plan their farming around them.

Over the last few years, however, more rain has fallen in fewer days, leading to flash floods, which are sudden and cause more damage, said Singh. 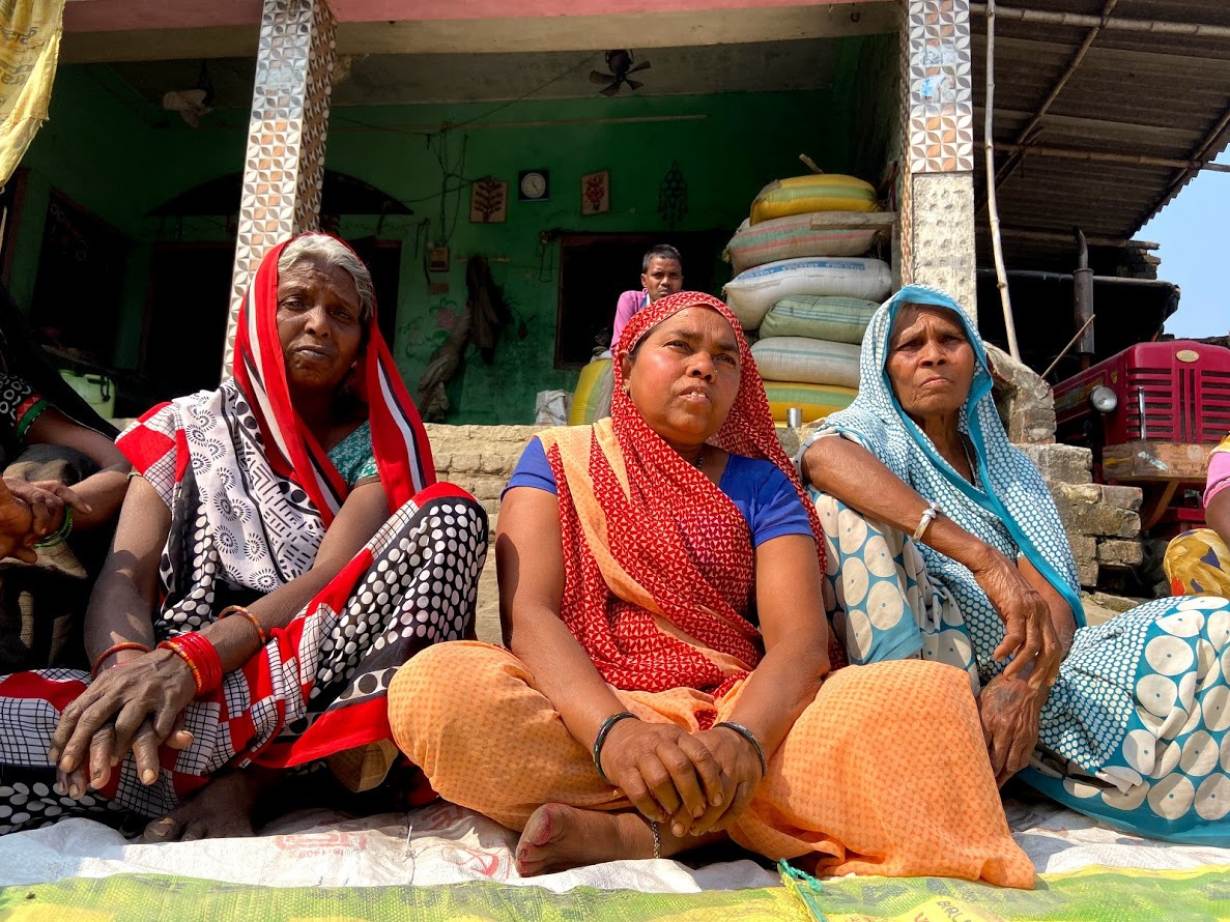 Chaudhury is one of a growing tribe of women taking control of farmland in this region in India. Photo by Thomson Reuters Foundation/Roli Srivastava

With the added information and help, women – who already make up over 40% of the agricultural workforce in the area – are increasingly the ones making decisions, on the farms and elsewhere.

Chaudhari now sits on the Janakpur village council, and as a master trainer holds weekly classes for farmers in her village, many of them men.

She has used her clout and position to help women claim joint ownership of farmland with their husbands, she said.

“I didn’t know anything earlier. Now people call me from neighbouring villages to consult me,” she said.
When Shanti Devi, 45, first stepped out to attend meetings organised by GEAG four years ago, along with other women, men teased the bunch for “selling out for a cup of tea and samosa”, the refreshments they were served during the gathering.

Archana Srivastava, part of GEAG’s training team, said that “the men wondered what we were teaching them”. Some women struggled to get permission to attend, and “they were getting beaten by the men when they returned home,” she said.

But Devi persevered – and the lessons yielded results.

When planting, “we used to simply sprinkle gram on the soil. Now we sow it in a line. It was a simple change but the yield improved. My husband started listening to me,” she said.

At the meetings, women learned about retaining moisture in the soil to protect their potato crops from the cold.

They added vegetables to their crop cycles and started storing their onion and potato harvest in storerooms made of bamboo and mud to protect them from rotting.

They also cut down on pesticides and started using cow dung as organic fertiliser.

The tips cut farming costs, improved yields and resulted in better earnings. In a handful of households the money was sufficient that men no longer had to migrate seasonally to try to find work. 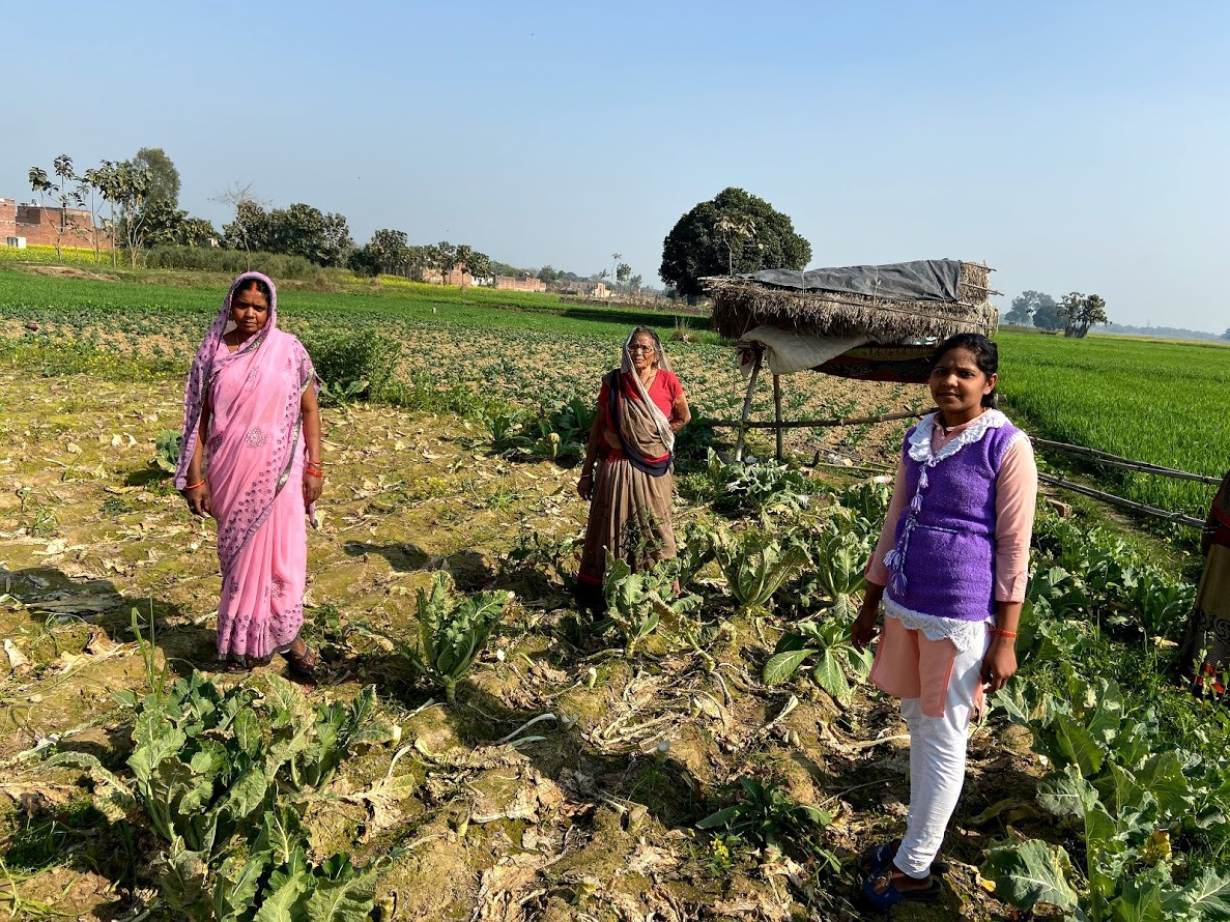 In a state where over 60% of the population depends on agriculture, many of them struggling farmers on small plots, and where climate shifts have hit the main crops of rice and pigeon peas hard, the changes are making a difference.

Adding vegetables to farms, for instance, has helped keep earnings up and ensure “they are able to earn through the year even if they own a small farm”, said Ramadhar Yadav, additional agriculture officer in Gorakhpur district, where Campierganj is located.

The improved earnings also are affecting relationships – and women’s confidence.

Hemlata Yadav, 40, said she spent much of her 30-year marriage fearing her husband’s temper – until she joined the training sessions.

“My husband did not like me speaking to others, but I started attending the meetings. Now I work according to what I think is right,” Yadav said.

“I had never seen my mother leave home, until she started going for the meetings,” Nisha Yadav said.

Pankaj Yadav, the head of Janakpur village and no relation of Hemlata and Nisha, said the changes in attitude are gradual, but they are coming.

“There is only about a 25% change in the attitudes (of men) towards women. But women are more fearless now,” he said.