These architects are redesigning urban infrastructure to help social distancing

COVID-19 could change cities for the better as urban planners propose ways to make them cleaner, greener and healthier.

I n the once-bustling Eixample district, birdsong and the occasional whir of a food delivery cyclist have replaced the continuous din of passing traffic – making lockdown life unexpectedly bucolic in this Barcelona neighbourhood.

Lara Ocon, a local resident who works in marketing, said life has become more peaceful in the cosmopolitan district since Spain implemented strict social distancing orders on March 14 to stem the spread of the new coronavirus.

“I spend weekends sunbathing with a book … there is something very enjoyable in a slower pace and more local lifestyle,” Ocon told the Thomson Reuters Foundation.
Before the lockdown, she said, she had a busy social life and travelled abroad extensively for work – in January alone, she flew to Colombia, Iceland and the Netherlands.

“This pause makes me think that, really, that lifestyle is absolutely crazy,” she said.
As city dwellers around the world are forced to stay closer to home, some architects are rethinking urban infrastructure to promote a more local lifestyle and help people adapt to a post-pandemic world.

Harm Timmermans, owner of Netherlands-based Shift architecture urbanism, said he was inspired by his own experience of shopping in Rotterdam when he came up with the concept of a pandemic-friendly ‘Hyperlocal Micromarket’.

“The first day of the Dutch shutdown, I went to the supermarket and I realised that they are the weakest link in terms of social distancing – the rules are very hard to keep there,” he said over the phone.

But with local markets shut, many people had no choice but to brave the city’s supermarkets, he noted.

So, Timmermans created a simple 16-square grid design for a tiny marketplace that can be quickly and cheaply assembled in public squares, allowing people to shop local while also following social distancing guidelines.

Each micromarket consists of just three stalls – each selling a different kind of produce – organised around the grid, which holds a maximum of six customers at a time.

The stalls have separate counters for orders and collection, and the marketplace has one entrance and two exits. “Friendly, smaller markets are needed in more points across cities and towns … this could be applied to most Western societies,” Timmermans stressed.
Local markets can also be essential to the city’s poorest – so they need to remain open even during pandemics, the architect noted.

“In some places, markets are still cheaper than supermarkets. So, keeping markets accessible can help vulnerable groups,” he said.

The idea of organising urban infrastructure around social distancing principles also underpins a new maze-like design for a crowd-free public park by Studio Precht, an architecture studio based in Austria.

Their Parc de la Distance was conceived as a proposal for a vacant lot in Vienna but could be replicated on any unused patch of urban land, of any size, the architects said.

The paths in the park are 2.4 metres (8 feet) apart, with 90-cm (35-inch) hedges dividing them, allowing visitors to experience the benefits of green space while remaining at a safe physical distance.

But it’s not only public areas that could be reshaped by the impact of coronavirus.

With many predicting that the pandemic will result in more people working from home even after lockdowns are lifted, the race is on to redesign domestic spaces.

“People are spending less time flying, driving and commuting and more time with their families, cooking, baking and, yes, even working more than ever before,” said Australian design firm Woods Bagot on their website.

Earlier this month, the company launched its Split Shift Home design aimed at helping parents who both work from home while sharing parental responsibilities.

The unit has features like moveable walls, an area for growing fruits and vegetables, and extra office and food storage spaces.

Health groups like the World Health Organization say city living can make residents vulnerable to communicable diseases such as tuberculosis from crowding and poor ventilation, and waterborne and vector-borne diseases such as dengue.

But UN-Habitat, the U.N. agency for housing and urban development, says more compact cities can also help stave off contagion because residents have easier access to healthcare facilities.

“However, compact cities do provide benefits even in a crisis such as this, for example access to basic services and medical care,” he said in emailed comments.

“The benefits of a well-planned compact city include shorter commute times, cleaner air, and reduced noise and the consumption of fossil fuels and energy,” Leon added. 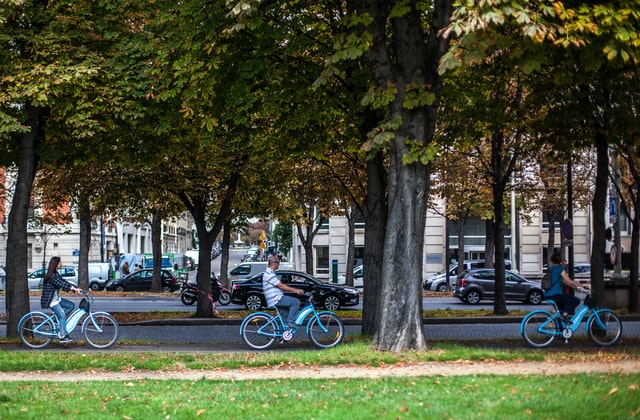 The Paris mayor is aiming for a “15-minute city”. Photo by Norbu Gyachung on Unsplash

Paris mayor Anne Hidalgo has said she is aiming for a “15-minute city,” where most people’s daily needs are a short walk, cycle ride or public transport commute away.

And on March 25, Barcelona mayor Ada Colau announced a 4.4-million-euro ($4.8 million) plan to make the city more suitable for walkers and cyclists under social distancing rules.

It includes the widening of pavements, the creation of an additional 21 km (13 miles) of cycle lanes and 12 km (7.5 miles) of pedestrianised streets.

Strengthening local services to cut back on travel would reduce the spread of infection to an extent, but not entirely, cautioned Christos Lynteris, a medical anthropologist at the University of St Andrews in Scotland.

“It (the virus) would still get out there somehow – it takes just one person to spread it from one area to another and then you have community transmission,” he said.

However, diseases and disease control have had a massive impact on urban planning throughout history and that continues to this day, he said.

“The severity of these illnesses incentivised urban planning, engineering and public health departments to come together,” she noted. 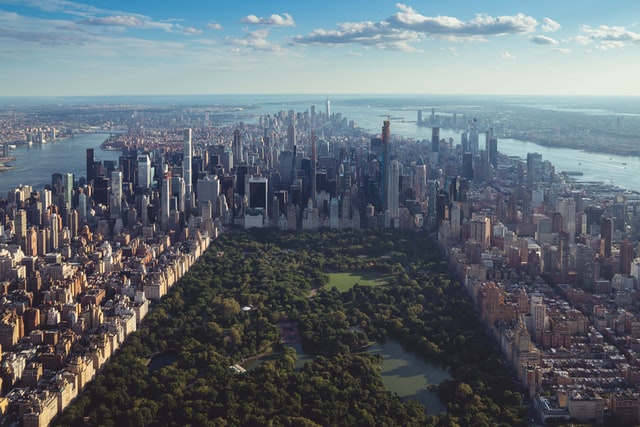 But Carr also warned that although the novel coronavirus has so far resulted in more people walking and working from home, those changes may not become permanent.

“People may decide that driving is safer than taking public transit, and there will be more pressure to cede that space to cars again – which would be to our detriment, health-wise,” she said.

Timmermans, of Shift architecture urbanism, urged flexible thinking, noting that we are still early in the process of reimagining cities.

“We are in a very experimental stage,” said the architect. “There will be a lot of trial and error, but the notion of the local will definitely be very important.” ($1 = 0.9226 euros)