Funding for climate adaptation is in the spotlight at the UN alongside an evaluation of preparations for extreme weather. More money is starting to be spent on resilience measures, but greater investment is still required.

D rop The beginning of a new year – and a new decade – invites reflections on past experiences and stimulates momentum to strive for future accomplishments. In December 2019 and January 2020, we saw this in discussions and reports on adaptation finance. They reviewed the evolution of adaptation in the global climate regime, and looked at significant data challenges in capturing adaptation finance flows. Discussions also focused on the need for current business models to adapt to increasing climate risks and transform production processes to halt nature loss.

Practitioners expressed mixed feelings about the level of progress made. On the one hand, they saw missed opportunities such as to determine how cooperative mechanisms under the Paris Agreement on climate change should advance. On the other, they noted steady achievements in the work of scientific bodies. In January, lead authors of the Intergovernmental Panel on Climate Change (IPCC) Working Group II (WG II) continued to advance work on the Group’s contribution to the sixth Assessment Report (AR6), focusing on impacts, adaptation and vulnerability, due for release in October 2021.

Seen in the light of adaptation funding activities, identified impacts and needs, these recent discussions suggest that climate change adaptation requires a rethinking of production, redistribution and equity. This Policy Brief focuses on these and other recent developments that inform climate adaptation finance.

Another evaluation is needed in 2023

The Adaptation Committee, established in 2010 under the UNFCCC, issued a report reflecting on the evolution of adaptation in the climate regime and outlining its work towards the first global stocktake (GST) under the Paris Agreement scheduled in 2023. Titled, ‘25 Years of Adaptation Under the UNFCCC,’ the report was released at the UN Climate Change Conference in Madrid in December 2019. Citing findings from the IPCC, the World Meteorological Organization (WMO), the UN Environment Programme (UNEP) and the Intergovernmental Science-Policy Platform on Biodiversity and Ecosystem Services (IPBES), the report draws attention to increasingly more urgent adaptation needs.

The report notes that rising adaptation costs are likely to range from USD 140 billion to 300 billion per annum by 2030, and could rise to between USD 280 billion and 500 billion per annum by 2050. The Committee highlights the specific roles of the Convention’s Financial Mechanism and Technology Mechanism to support adaptation. Reporting on its own activities, the Committee informs of its partnerships with international, regional and national stakeholders and its efforts on engaging the private sector. A strategy for private sector engagement was also discussed at the 57th meeting of the Global Environment Facility (GEF) Council in December.

Looking forward, the Adaptation Committee notes that the seventh review of the GEF, the oldest operating entity of the Financial Mechanism, will be initiated at the UN Climate Change Conference in Glasgow, UK, in November 2020. The 26th session of the Conference of the Parties (COP 26) to the UNFCCC will also start key negotiations on the post-2025 finance goal. Over the course of 2020, developed countries are expected to make submissions on finance beyond 2020 and on the alignment of global finance with the Paris goals. 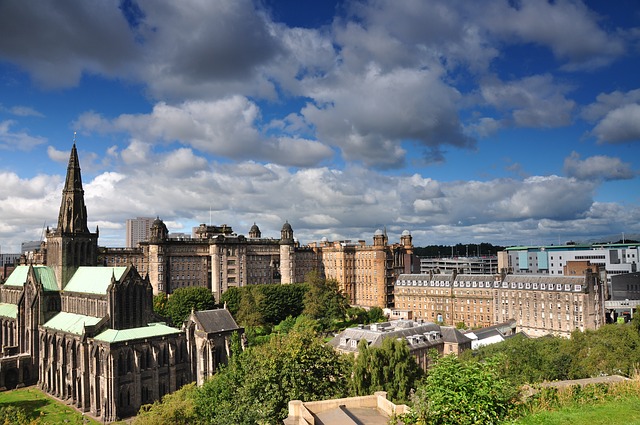 The next UN Climate Change Conference will be in Glasgow, UK, in November 2020.  Photo by Kamyq from Pixabay

The Committee further outlines its work towards the 2023 global stocktake of the implementation of the Paris Agreement and assessment of collective progress towards achieving its long-term goals. The global stocktake will conduct a review of overall progress made towards achieving the global goal on adaptation and the adequacy and effectiveness of adaptation action and support. Inputs for the stocktake will include reports from the “network of institutions” established to enhance adaptation actions.

The Adaption Fund approved a record USD 188 million in new projects in 2019, and reached the milestone of 100 concrete adaptation projects financed in vulnerable developing countries. The Fund fosters country ownership and enables direct access to adaptation finance for applicants from accredited national implementing entities from developing country Parties to the Kyoto Protocol or the Paris Agreement. It provides new learning opportunities, such as e-learning programmes to enhance access to climate finance, and new grants that foster adaptation practices on the ground and scale up effective projects.

Given its important role and the benefits it creates for an increasing number of countries in need of adaptation finance, the Fund welcomed two decisions taken during the Chile/Madrid Climate Change Conference in December, on decreasing risks of interruptions in the Fund’s work. Parties to the Kyoto Protocol adopted:

However, the fact that COP 25 failed to conclude negotiations on the modalities of cooperative approaches under Paris Agreement Article 6 left some open questions.

In line with previous decisions, the Fund has served the Paris Agreement since January 2019. It will no longer serve the Kyoto Protocol once the share of proceeds becomes available under the sustainable development mechanism of Agreement Article 6.4, though it will continue to receive the share of proceeds, if available, from activities under the Kyoto Protocol mechanisms.

The failure to conclude negotiations at COP 25 leaves unclear precisely how much of the share of proceeds under Agreement Article 6.4 sustainable development mechanism will become available for the Adaptation Fund. There seems to be consensus on a minimum share of 2% but possible increases are still under discussion. Parties further disagreed, among others, on whether a share of proceeds would also come from both market-based approaches, namely transactions under the mechanism, as well as from the trading of Article 6.2 “internationally transferred mitigation outcomes” (ITMOs). Many countries called for equal treatment of rules for both approaches, for a number of reasons. In the context of adaptation finance, developing countries highlighted the value of predictable funding. As reported by some analysts, many of the countries likely to be on the buying end, including Australia, New Zealand, Japan and Norway, are concerned about higher costs of their carbon offsets. 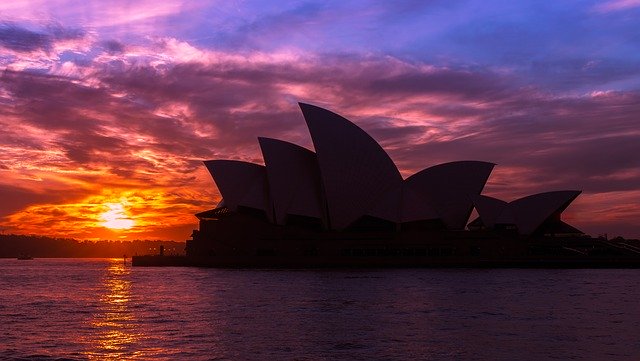 Some countries, like Australia, will have to spend more on carbon offsetting measures. Photo by RobertDychto from Pixabay

The Climate Policy Initiative (CPI) has set out to tackle significant data and reporting challenges to capturing global adaptation finance flows. Adaptation investment, the Initiative finds, is difficult to track due to challenges associated with context dependency, the uncertain causality of investments made, a lack of impact metrics, and confidentiality and reporting requirements.

For this reason, CPI’s report titled, ‘ Global Landscape of Climate Finance 2019,’ does not track any private sector adaptation finance. The Initiative underlines that almost all adaptation finance covered in the report was funded by public actors and that the tracking of public domestic adaptation finance remains limited. Nevertheless, that report finds that adaptation finance gained momentum in 2017-2018, increasing 35% to an annual average of USD 30 billion from 2015-2016, although adaptation still accounts for just 5% of tracked climate finance based on available data.

In its subsequent December report titled, ‘Tracking Adaptation Finance: Advancing Methods to Capture Finance Flows in the Landscape,’ CPI briefs on potential methods to fill data gaps for the tracking of adaptation finance flows, and proposes methods to measure progress.

The proposed framework, the authors suggest, can serve to identify information that should be tracked and reported by local governments and companies. The aim is to improve the understanding, and, ultimately, delivery, of adaptation finance. CPI finds that:

The World Economic Forum (WEF), which convened for its 50th Annual Meeting in Davos, Switzerland from 21-24 January 2020, issued its annual Global Risks Report 2020. Based on its Global Risks Perception Survey results, the Forum concurs with findings from other fora that climate change is the stand-out long-term risk the world faces. It stresses that the near-term consequences of climate change amount to a “planetary emergency” with catastrophic, wide-ranging and intersecting implications. The WEF report also ranks biodiversity loss and ecosystem collapse as one of the top five threats humanity will face in the next ten years.

As a traditionally business-centric gathering, the WEF finds that USD 44 trillion of economic value generation is moderately or highly dependent on nature and its services. Illustrating how nature loss impacts businesses’ operations, supply chains and markets, the Forum urges the business community to adapt to several nature-based risks and implications. These risks, explained in another WEF report titled, ‘Nature Risk Rising: Why the Crisis Engulfing Nature Matters for Business and the Economy,’ can be assessed using climate risk categories as defined in the Recommendations of the Task Force on Climate-related Financial Disclosures. Under its ‘Nature Action Agenda’ stakeholder platform, the Forum has identified areas where strategic transformation of current business models and production processes can contribute the most to halting and reversing nature loss, and ways to finance this transformation. 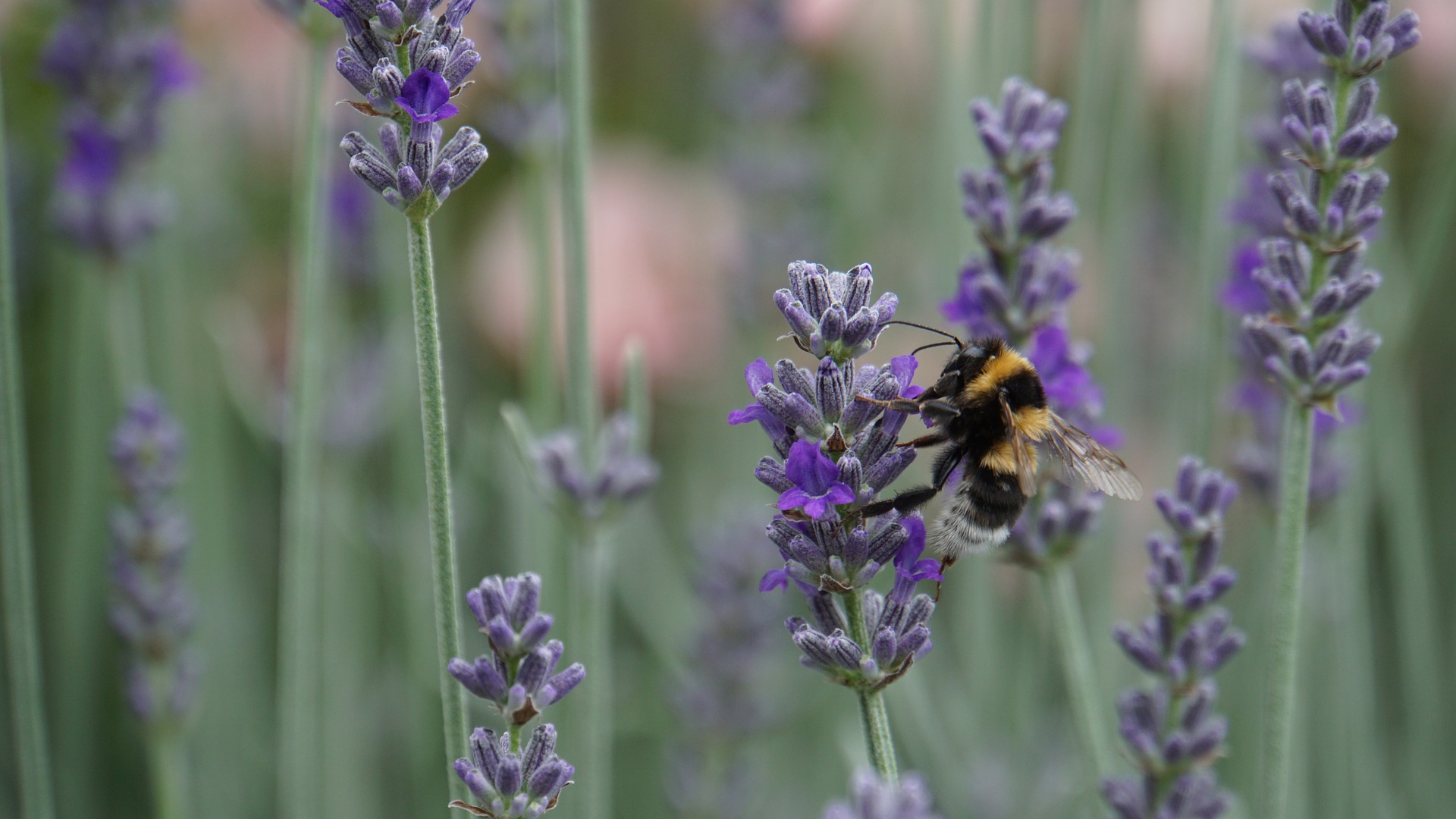 The World Economic Forum ranks biodiversity loss as one of the top five threats humanity will face. Photo by Mylene2401 from Pixabay

Reflecting on these discussions, one cannot ignore the diversity of stakeholder groups engaged in addressing climate change impacts and their growing need of global adaptation finance. That need is estimated at USD 180 billion annually from 2020-2030 and USD 50 billion annually from many developing countries to achieve their Nationally Determined Contributions (NDCs) under the Paris Agreement. While the UNFCCC and its constituent bodies prepare for upcoming procedural tasks, and the IPCC is advancing work towards AR6 publication, others talk about business opportunities and revenues. Few can envision the estimated sums in question. Half of the world’s biggest companies say “climate adaptation solutions could result in USD 236 billion in increased revenue.” Some suggest that “in the food and land-use sector alone, the climate challenge provides an annual business opportunity of USD 4.5 trillion a year by 2030.” At the same time, those that are most vulnerable to climate change impacts, including African farmers and island nations, speak of securing their livelihoods and coping with the negative impacts of climate change while lacking the means to adapt.

One of the notions underpinning these contrasting discussions is equity, with its different meanings and undertones. In an effort to to answer the basic economic questions of production and distribution, which all societies grapple with, we could think of what products are going to be made and by what means. How are the claims on production and incomes divided among resource contributors? How is production divided between private and public purposes? And more pertinently perhaps, given the limited ecological capacity within which the established global economy has to function, how is production divided between the present and the future?

Could TV weather reports help us adapt to extreme weather?
The IPCC report says we need to drastically change the way we use land. How should we respond?