Why is the climate falling apart? Because women aren’t involved in action

Countries empowering women to take a role in climate adaptation and environmental protection are already seeing the benefits. The UN says more need to follow.

W omen – who gather much of the world’s wood and water, and carry out a large share of its farming – have too little say in how land is used, one key reason countries are failing to halt rapid losses of nature, environmental officials said on Tuesday.

The United Nations released a sobering update on global efforts to protect forests, plants, wildlife, fish and other forms of nature, noting that none of the 2020 goals countries set themselves a decade ago had been fully met.

“The capacity of ecosystems to provide the essential services on which societies depend continues to decline,” with women and poor communities worst-affected, the report noted.

Losses of native plants and forests, which help support rainfall and stem erosion, have hit crop yields and access to water, fuel-wood and plants used as natural medicines, it said.

About half of the world’s people are expected to live in water-scarce areas by 2050, especially in Asia, it added, while floods and soil erosion are increasing as land degrades.

“To a poor woman in a rural setting who is managing this (loss), it becomes very real,” she told an online briefing.

While 164 countries recognise women’s rights to own, use and make decisions about land equally with men, only 52 guarantee those rights in both law and practice, the report said. 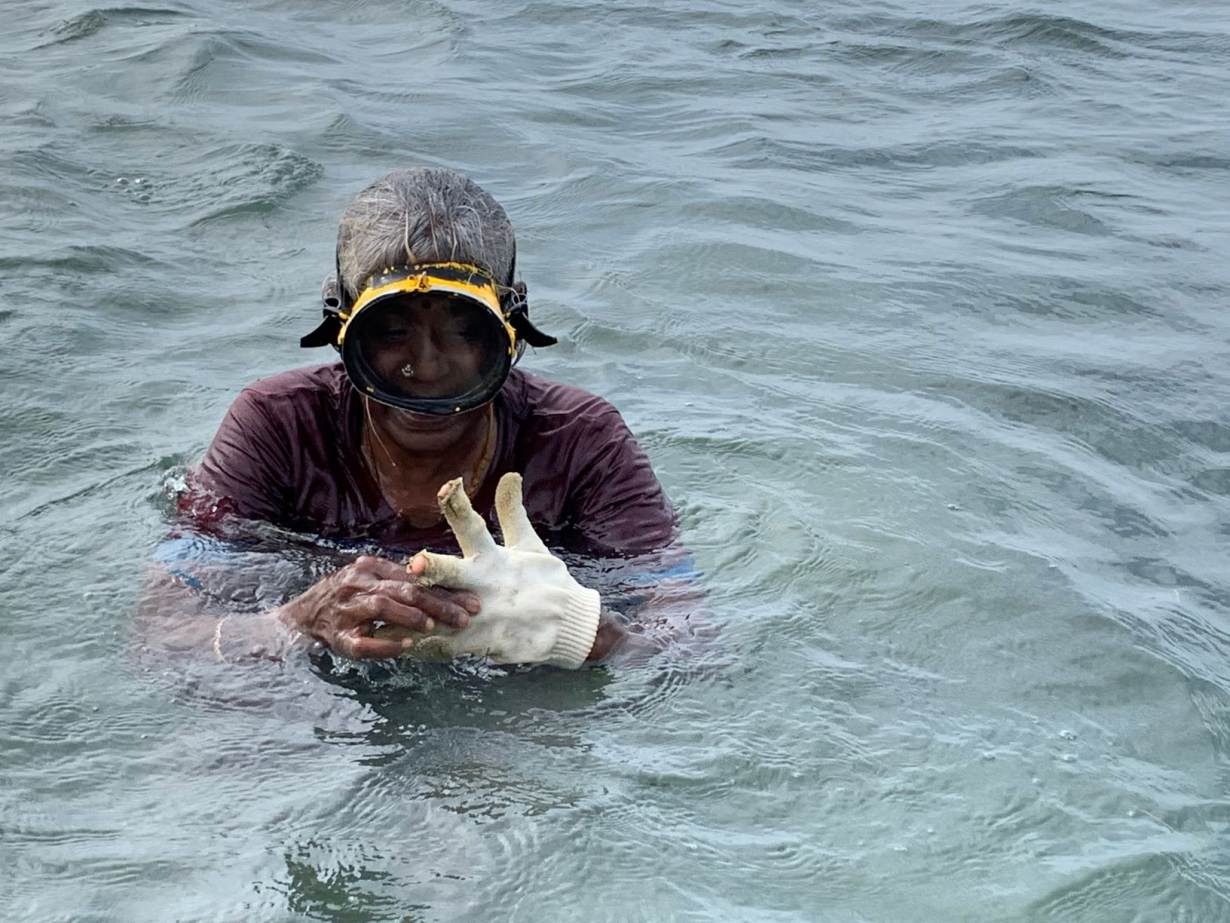 A seaweed harvester off the coast of Ramanathapuram, India. Photo by Thomson Reuters Foundation/Anuradha Nagaraj

Julie Weah, executive director of the Foundation for Community Initiatives in Liberia, said that in her experience women were denied ownership of and participation in the governance of natural resources in their communities.

“Even if they are on (committees), they are not occupying decision-making positions,” she told the Thomson Reuters Foundation.

“If they play a key role in deciding how to manage our wildlife and biodiversity, we’ll see a wider change,” she predicted, noting that women often have the interests of their children and the wider community at heart.

Women in Liberia who helped shape decisions on how to spend money from logging concessions, for instance, have in some cases devoted it to scholarships for girls, and stepped up on reporting illegal mining and logging, she said.

In the Peruvian Amazon, indigenous women are taking the lead in tree planting and joining forest-monitoring patrols in bigger numbers, said Josh Lichtenstein, a Latin American forest and indigenous expert with the Rainforest Foundation US.

Widows of murdered indigenous land protectors in Peru’s Amazon also have led a ground-breaking push to bring to account their killers, with the case set to be heard before the Inter-American Commission on Human Rights in October, he noted.

“Women have a much closer relationship with biodiversity than men do,” he said in an interview. “Men hunt and plant crops but it’s the women who go into the forest to gather medicine, gather food, gather water.”

“It’s the women who have a lot of the traditional knowledge of plants and biodiversity that indigenous communities rely on.”

The benefits speak for themselves

In some places, women are already playing a role in efforts to protect nature – and reaping the benefits, the report said.

In Pakistan, an effort to plant a billion trees in Khyber Pakhtunkhwa province created jobs and was expected to have a positive impact on women, who are responsible for collecting forage, fuel-wood and water, the report noted.

In the Pacific island nation of Samoa, a women-led mangrove restoration effort has boosted stocks of fish and crabs and provided better incomes, it added.

And in Cambodia, the government has created community fishing zones that allow local people – a third of them women – to manage their own fish stocks, the report noted.

Could planes be adapted to run on zero-carbon hydrogen?
This is how to build a climate-smart city