Scientists have announced that mass tree-planting could have ‘mind-blowing’ potential to tackle the climate crisis. Nations from China to Ethiopia have already taken heed.

I t’s the news that green-fingered folk around the world have been waiting for: scattering seedlings en masse could be our cheapest and most effective weapon in the fight against climate change.

A global tree-planting drive could remove two-thirds of human-released carbon from the atmosphere, say scientists, who have mapped out exactly where the new trees could be planted – findings they describe as ‘mind-blowing’.

Professor Tom Crowther and his team at the Swiss university ETH Zürich, in a study published in the journal Science, found that there was scope for planting 1.2 trillion trees over 1.7 billion hectares worldwide – an area larger than China and the US put together. The trees would take 50-100 years to reach maturity, but could finally strip 200 billion tonnes of carbon from the atmosphere.

“When trees perform photosynthesis,” he said, “they’re taking carbon out of the atmosphere. A tree sequesters more CO2 per hectare than any other kinds of plant. It uses the CO2 to make wood, and that wood sticks around for a long time.

“The special things about trees is that they’re big and full of wood – wood that is basically carbon from the air. All that you see standing there has been taken out of the atmosphere by the tree.”

A planting initiative on the scale Crowther and his team envisage would require an unprecedented global effort – but plenty of nations are taking matters into their own hands, spooked by the mounting evidence of climate breakdown.

India set a new benchmark in 2016 by planting 50 million trees in one day – a record that stood until 29 July this year, when Ethiopia planted a staggering 353 million trees over a 24-hour period, according to government reports. The country’s Green Legacy initiative has set its sights on planting 4 billion trees by the end of the year – a total of 40 seedlings for every citizen. 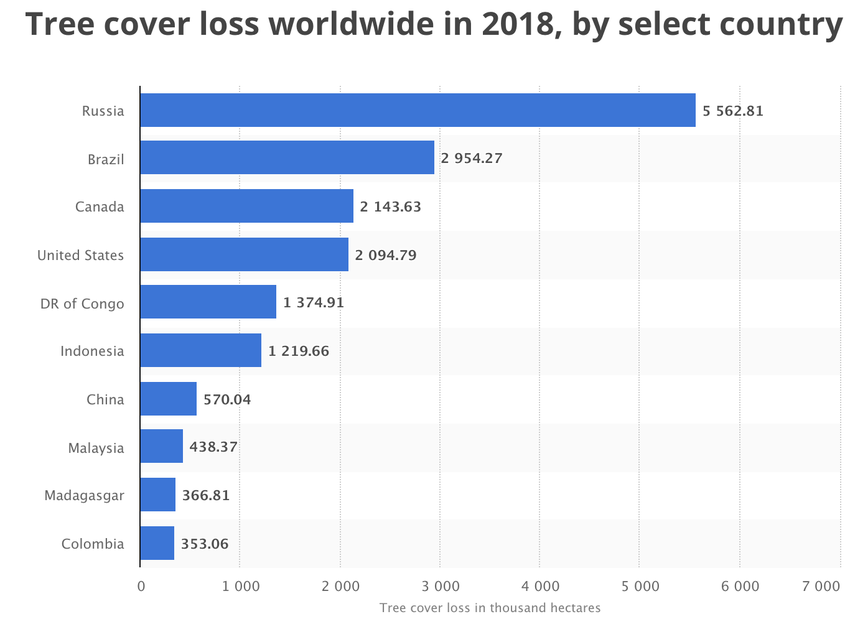 Forest cover is at an all-time low in the east African nation – down to only 4% from 35% at the turn of the 20th century, thanks to logging and land clearances. The lack of trees has knock-on effects in the form of soil erosion, flooding and drought.

Dr Ridley-Ellis has called Ethiopia’s efforts ‘truly impressive’. Planting trees is not just about sequestration, he said: ‘We have to have forests for different purposes – for biodiversity, for nature protection, for soil erosion, for water quality, for food security, for pollinators, for agriculture.’ Trees also perform the vital role of binding soils together and preventing flash-floods.

After large-scale urbanisation and deforestation in the 70s and 80s, China and India have upped their game and are now the two countries contributing most to the greening of the planet with mass planting programmes.

Pakistan’s Billion Tree Tsunami project, launched in 2014, added 350,000 hectares of trees by the time it finished ahead of schedule in 2017. Championed by former cricketer Imran Khan, now Pakistan’s Prime Minister, it was the first pledge completed towards the Bonn Challenge – an international agreement to restore 150 million hectares of forest.

As one of the six countries set to be most affected by global warming, Pakistan is clearly motivated to boost its tree cover from the dismal 2-5% currently estimated (the UN recommendation is 12%). The federal government has launched its own Green Pakistan programme, which aims to plant 100 million trees in five years.

It’s not only governments getting their hands in the soil. The German NGO Plant-for-the-Planet was founded in 2007 by Felix Finkbeiner at the tender age of nine, when a class presentation on the work of Kenyan activist Wangari Maathai – who planted 30 million trees in Africa in 30 years – led him to envision children planting a million trees in every country on Earth.

In 2010, the organisation planted its millionth seedling in Germany. Run by a board of children and young people, it now has 71,000 members worldwide, runs training days for children on climate change and global justice, and spearheads the UN’s Trillion Tree Campaign. Finkbeiner himself is a PhD student studying forest restoration under Professor Crowther in Zürich.

The findings of Crowther and his team emerge against a backdrop of a chronic decline in global tree cover. There are under half – 45% – as many trees on the planet today as before the rise of human agriculture. Despite these planting programmes, the globe still loses a net total of 10 billion trees a year, while 1992 was the last year that total tree cover on Earth went up.

In the UK, as in many nations, tree-planting has stagnated, with government advisors warning that the rate of planting ‘needs to rise quickly’ if it is to meet its carbon reduction targets.

The Committee on Climate Change said an increase in tree cover from 13% to 17% was essential to the country achieving net zero emissions. Achieving this would require planting rates not seen since 1989 – while even the improved coverage would fall far short of the EU average of 35%, and compare dismally to countries such as Slovenia (62%) and Montenegro (61.5%).

Dr Ridley-Ellis stressed that tree-planting needs to be seen as part of a holistic approach to climate action.

‘It’s not a quick fix. It’s a good fix. We need to work hard, and it’s not just planting trees and forgetting about them. It’s a long-term commitment to actually managing forests properly.’

Emi Murphy, trees campaigner at Friends of the Earth, said: ‘[The Zürich study] is another stamp of approval from scientists that trees can absorb carbon, and that they have a lot of potential to stop the climate breakdown we’re really starting to experience across the globe – but with the huge caveat that this should be part of a package of climate action.

‘Trees absolutely are important in trying to solve the climate emergency, but it has to go hand in hand with cutting emissions, and making every effort to cut emissions.’

Murphy stresses the need for ‘the right tree in the right place’, and Dr Ridley-Ellis suggests climate adaptation should be taken into account when choosing which trees to plant.

‘We have to be really careful that the trees we plant will continue to be alive in 20 years’ or even in two years’ time,’ he said. ‘We definitely need to be thinking about what will survive, for the good of the trees as much as anything else. Whatever the tree is, it’s no good if it’s dead.’