Southern Africa is in its worst drought in more than a century. With crops failing and temperatures rising at twice the global average, innovative ideas to get food on the table are needed. A woman in a town in Zimbabwe has turned to hydroponics and grows vegetables using the method that requires only a small amount of water.

I n a backyard in Zimbabwe’s capital, a 50-year-old mother of two is using hydroponics to grow vegetables for some of Harare’s top restaurants, defying drought and an economic crisis that have left millions needing food aid.

Venensia Mukarati, whose day job is an accountant, always had a passion for farming, but no land on which to plant.

Just over two years ago she did a web search on how to grow vegetables on the deck of her Harare house, importing a small hydroponics system from Cape Town for $900 that enables plants to draw soluble nutrients from water. 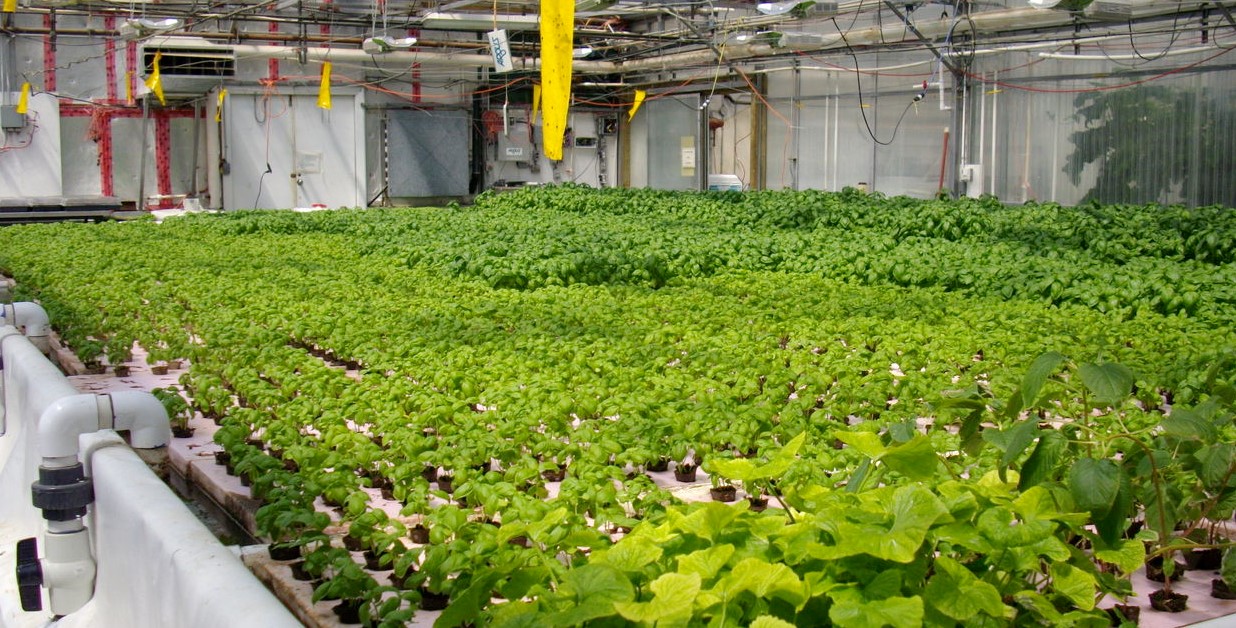 Hydroponics enables plants to draw up nutrients from water without the need for soil. Photo by Bryghtknyght/ Wikimedia Commons

“The good thing about hydroponics is that it saves water by 90%,” Mukarati said in a 46 square-metre greenhouse where water flowed in a maze of pipes decked with plants.
“I buy water because I don’t have a borehole so I cannot do conventional farming,” she told Reuters.

Her immediate desire was for fresh vegetables for the family as the country’s economic fortunes deteriorated and grocery store prices spiralled. But she quickly realised her pastime could be a profitable venture. It now makes $1,100 a month – in a country where some government workers get just $76.

In hydroponic farming water is conserved because it is reused multiple times. Hydroponically grown plants also require no pesticides because there are no soil-borne diseases. 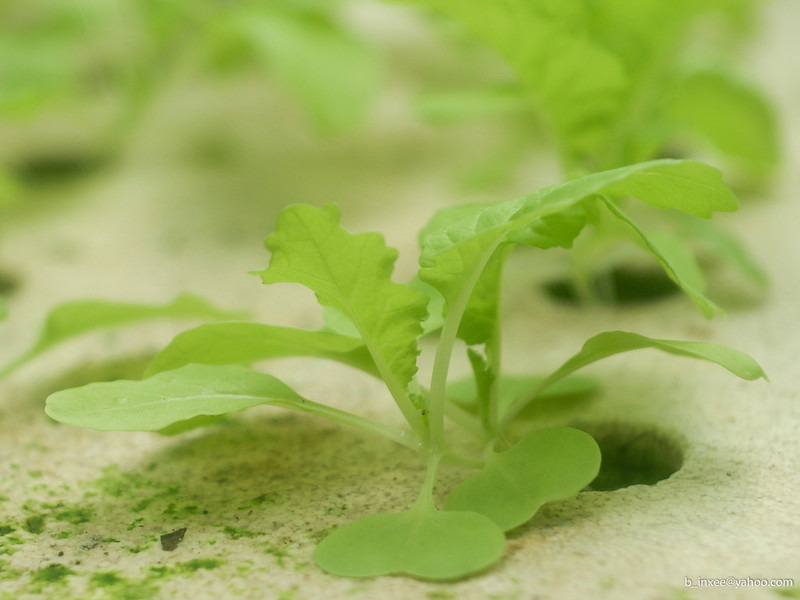 Hydroponics helps people in Harare save 90% more water. Photo by b inxee/Flickr

Much of southern Africa is in its worst drought in more than a century, with crops failing and some 45 million people in need of food aid. The region’s temperatures are rising at twice the global average, says the International Panel on Climate Change, spurring the need for innovative ideas to get food on tables.

Harare also faces chronic water shortages due to ageing pipes and a shortage of dollars to import treatment chemicals.

It takes six weeks for Mukarati to harvest vegetables such as lettuce compared to 10 weeks if the crop is grown in the soil.

She initially grew 140 plants per cycle – now she produces 2,600, including lettuce, cucumbers, spinach and herbs in two greenhouses fed by a makeshift system using gutter pipes from the roof.

Lesley Lang, a restaurant owner who buys Mukarati’s produce twice a week, said she had “the best lettuce I have ever had the pleasure of buying in Zimbabwe”.

Mukarati hopes to quadruple production from June by constructing bigger greenhouses on 2,600 square metres of land on the outskirts of Harare.

Last year, she began training others to do the same, designing a hydroponic “starter pack” which she sells for $200.

2020 is a critical year for climate action, these are the challenges ahead
The Australian farm producing tomatoes with seawater and sunlight but no soil