The North American Youth Adaptation Forum was aimed at ensuring youth voices from the region are present, heard and considered in the adaptation agenda, including in the review of the Global Goal on Adaptation.

The North American Youth Adaptation Forum contributed to the review of the Global Goal on Adaptation and brought together young people, youth organizations, policy makers and global experts with the overall objective of elevating youth voices and increasing the power of influence of young people worldwide in the adaptation agenda.

North America is projected to experience a multiplicity of climate change impacts across all regions. Average temperatures are expected to increase significantly, particularly in northern sub-regions, and fire weather is projected to increase. Sea levels are expected to continue to rise, leading to coastal flooding and erosion. In addition, the continent is already facing extreme weather events. In June 2021, Canada faced an unprecedented and deadly heat wave, with temperatures over 40 degrees Celsius. Adaptation efforts are crucial to avert the worst climate change impacts. 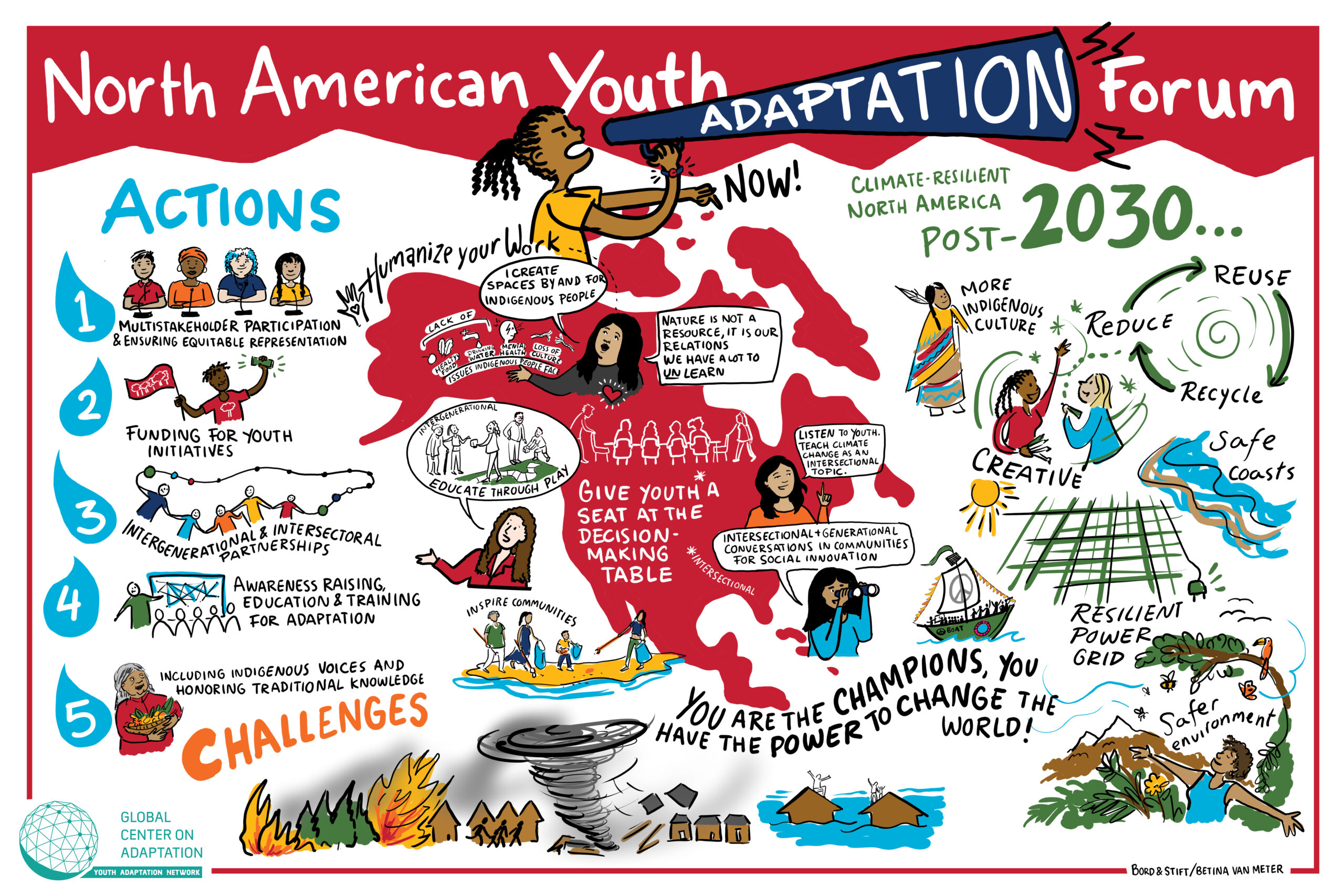 The event took place in a hybrid format as an official side event of the High Level Political Forum on Sustainable Development. The in person event took place at 777 United Nations Plaza. The event was livestreamed via Zoom.