G lasgow, United Kingdom, 9 November 2021 – The Global Center on Adaptation (GCA) and the European Investment Bank (EIB), today signed a Memorandum of Understanding (MoU) to strengthen their collaboration to accelerate adaptation action in regions of the world that are particularly vulnerable to climate impacts.

The new framework document will govern GCA and EIB’s recently cemented partnership. The two organizations announced their collaboration during the High-Level Dialogue: “An Adaptation Acceleration Imperative for COP26” with global leaders gathered at GCA headquarters in Rotterdam in September, attended by EIB President Werner Hoyer.

The MoU facilitates the two organizations’ aim to jointly develop, share, and disseminate knowledge, tools and capacity building on climate adaptation and resilience.

Recognizing the particular vulnerability of African countries to climate change and the urgent need to mobilize action in the region, the EIB and GCA plan to collaborate on the Africa Adaptation Acceleration Programme (AAAP), an initiative developed by the African Development Bank (AfDB) and GCA to scale up adaptation action in Africa by mobilizing US$25 billion.

This will be done in close coordination with the AfDB, World Bank Group, and other multilateral development banks and international financial institutions active in Africa.

The signing took place this evening at COP26, with EIB President Werner Hoyer and Prof. Dr. Patrick Verkooijen, CEO of GCA, signing on behalf of their respective organizations. 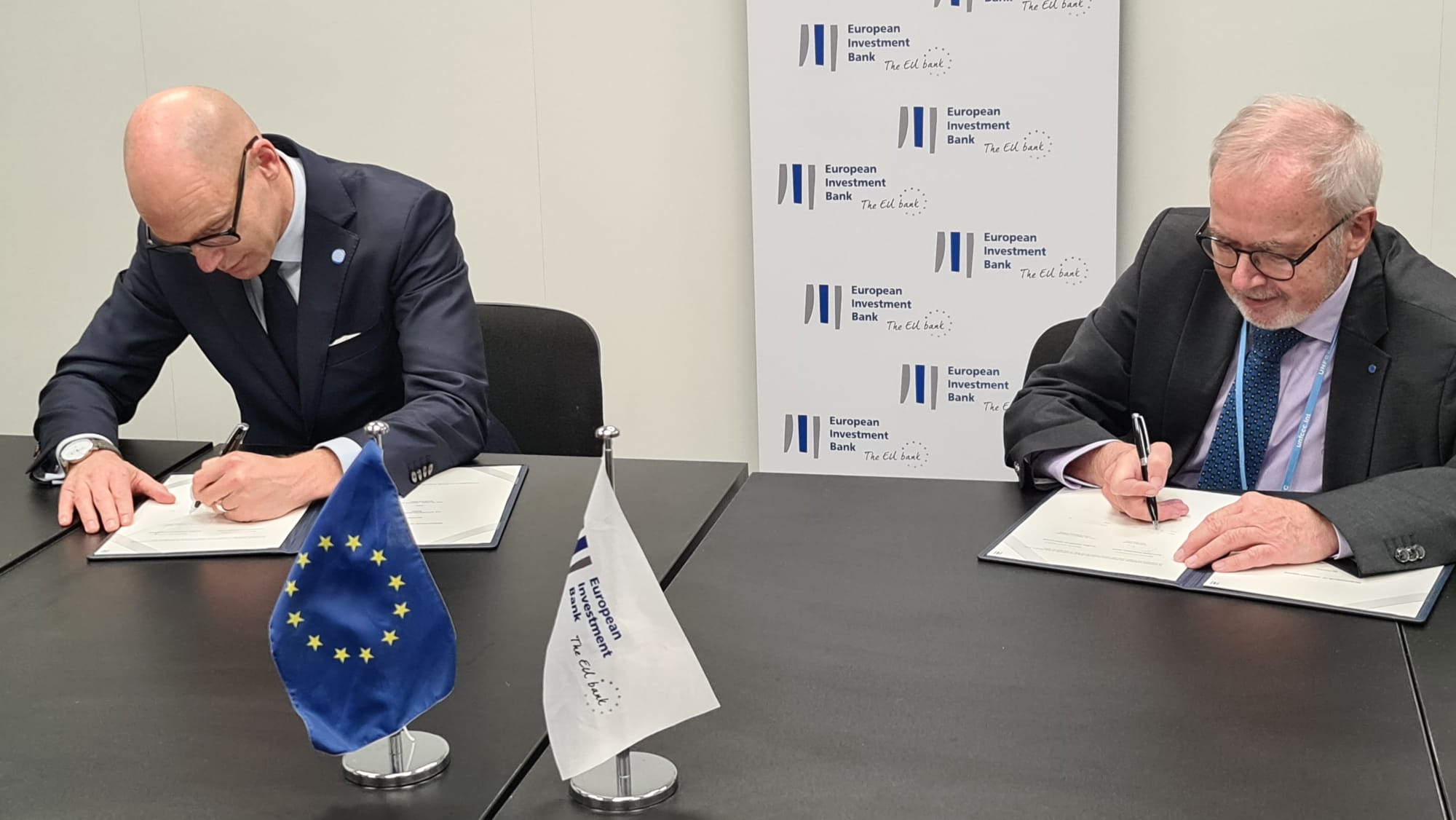 About the Global Center on Adaptation
The Global Center on Adaptation (GCA) is an international organization which works as a solutions broker to accelerate action and support for adaptation solutions, from the international to the local, in partnership with the public and private sector, to ensure we learn from each other and work together for a climate resilient future. Founded in 2018, GCA is hosted by the Netherlands, working from its headquarters in Rotterdam with a knowledge and research hub based in Groningen. GCA has a worldwide network of regional offices in Abidjan, Ivory Coast; Dhaka, Bangladesh and Beijing, China. Through this evolving network of offices and global and regional GCA teams, the organization engages in high-level policy activities, new research contributions, communications, and technical assistance to governments and the private sector.

About the European Investment Bank
The European Investment Bank (EIB) is the long-term lending institution of the European Union and is owned by the EU Member States. It makes long-term finance available for sound investment in order to contribute towards EU policy goals both in Europe and beyond. The European Investment Bank is active in around 160 countries and is the world’s largest multilateral lender for climate action projects. The EIB Group has recently adopted its Climate Bank Roadmap to deliver on its ambitious agenda to support EUR 1 trillion of climate action and environmental sustainability investments in the decade to 2030 and to deliver more than 50% of EIB finance for climate action and environmental sustainability by 2025. Also, as part of the Roadmap, from the start of 2021, all new EIB Group operations will be aligned with the goals and principles of the Paris Agreement.