The event took place at the global climate summit (COP27) in Sharm El-Sheikh, Egypt. It underscored the critical need for climate adaptation in Africa and responded to the call for the capitalization of the Africa Adaptation Acceleration Program (AAAP).

Several countries, including France, the United Kingdom, and the Netherlands, used the event as a platform to announce their support for the AAAP and the work of the Global Center on Adaptation and the African Development Bank (AfDB), the organizations that launched this ambitious initiative jointly.

Their announcements, along with the presence and endorsement of the AAAP by noted leaders such as UN Secretary-General António Guterres, German Chancellor Olaf Scholz, and IMF Managing Director Kristalina Georgieva, made the Leaders’ Event the stand-out activity on adaptation in Africa at COP27. 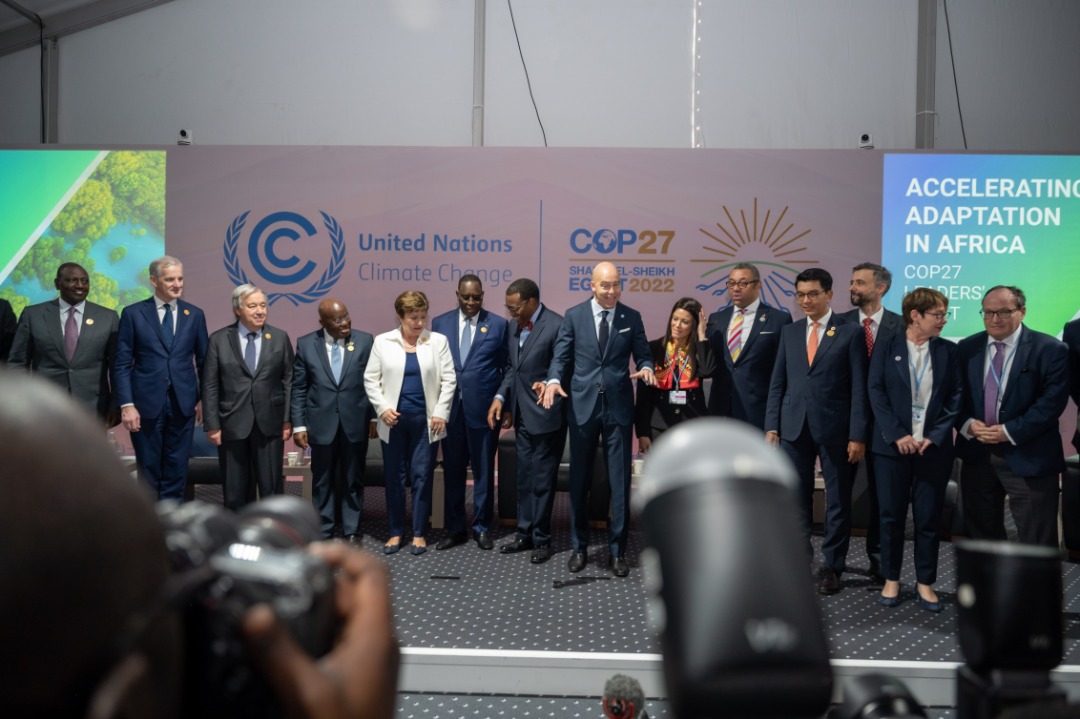 “This is a pivotal step in the fight against climate change,” African Union Chair President Macky Sall said. “The commitments made by Africa’s partners will give the Africa Adaptation Acceleration Program the boost that it needs to transform the development trajectory of the world’s most climate exposed continent. I am confident in the ability of the AAAP to deliver results for Africa.” 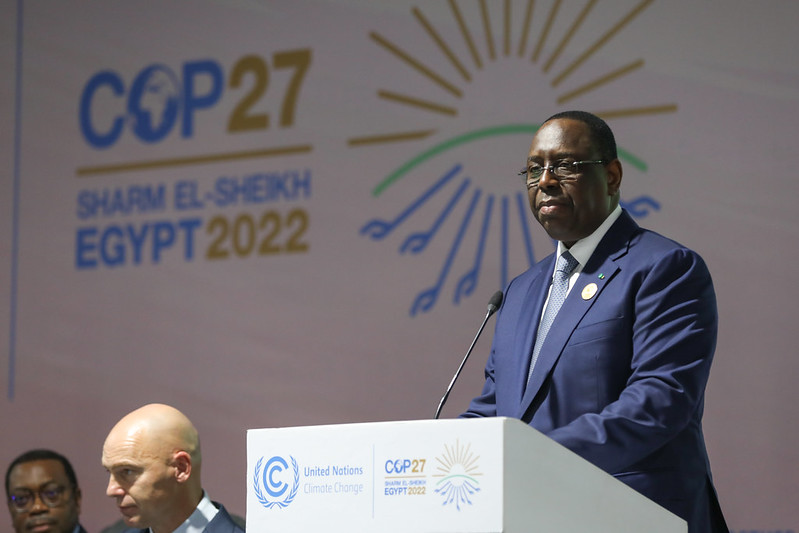 United Nations Secretary-General António Guterres said: “I want to express my total solidarity for the Africa Adaptation Acceleration Program […] I urge the international community to support Africa to mobilize the technical & financial resources for scaling up transformative adaptation.” 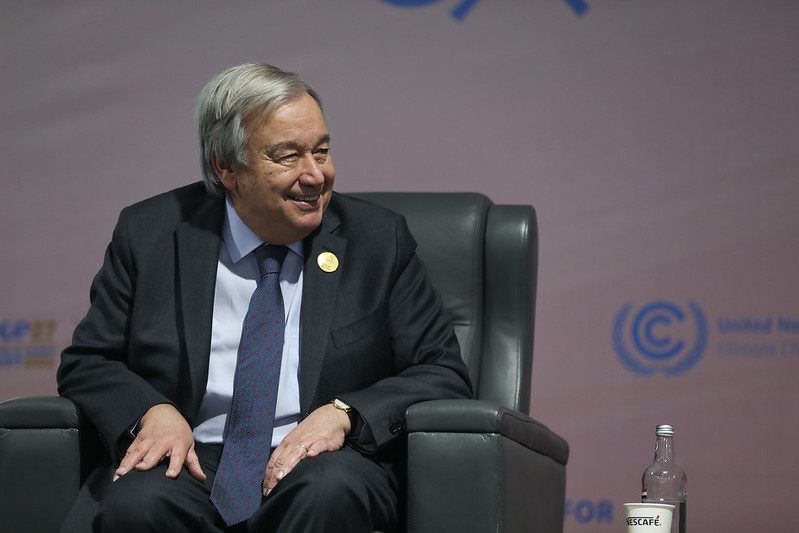 “With this innovative program, Africa has developed a plan to grow, create jobs and opportunities for people, and to be resilient against the climate crisis,” said President Akufo-Addo of Ghana. “AAAP’s singular focus on the issue of climate adaptation will also contribute to greater stability and progress in Africa and around the world. AAAP is aligned with Ghana’s plans to address climate change as it chairs the Climate Vulnerability Forum (CVF) to lead efforts from the world’s most climate vulnerable countries to spur and mobilize investment through the Climate Prosperity Plans.” 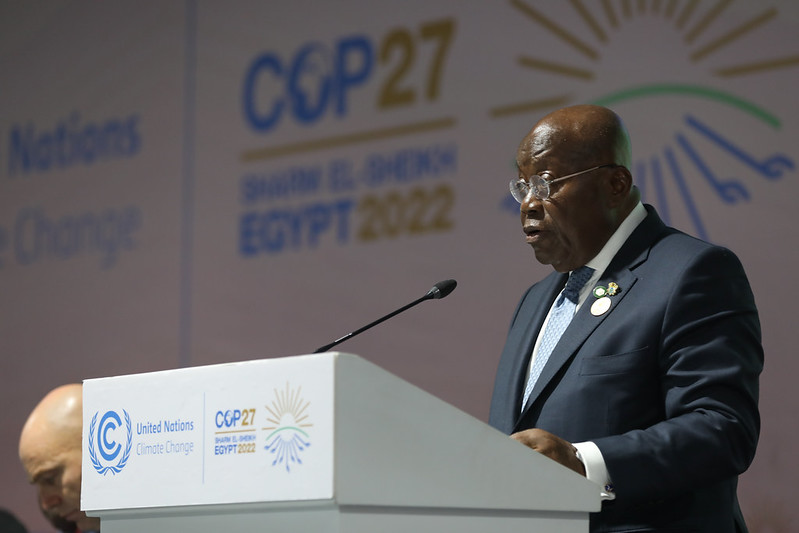 James Cleverly, Secretary of State for Foreign, Commonwealth and Development Affairs of the United Kingdom announced that the UK will provide £200 million to the African Development Bank’s Climate Action Window. This is in addition to the £20 million announced at COP26 in Glasgow to the AAAP Upstream Financing Facility.

Cleverly noted: “Climate change is having a devastating impact on countries in Sub-Saharan Africa facing drought and extreme weather patterns, which have historically received a tiny proportion of climate finance. This new mechanism […] will see vital funds delivered to those most affected by the impacts of climate change, much more quickly.”

Prime Minister Mark Rutte of the Netherlands followed through on the commitment made at the Africa Adaptation Summit held at the Global Center on Adaptation in September to confirm that the Netherlands will contribute EUR110 million to the AAAP, with EUR10 million in support for the Upstream Financing Facility hosted by GCA and EUR 100 million for the Climate Action Window of the African Development Fund at the African Development Bank as part of the Netherlands’ commitment to dedicate half of its climate funding, fully grant based, to climate adaptation, with a focus on Africa.

“The AAAP Upstream Financing Facility is the delivery mechanism of adaptation and will use millions to leverage the billions that is required for adaptation” he continued. “AAAP projects will generate effective climate adaptation outcomes. Adaptation is a growth agenda. A jobs agenda. And a prosperity agenda. On behalf of Norway, I am looking forward to continuing this partnership, investing in it, and supporting it with the Global Center on Adaptation.” 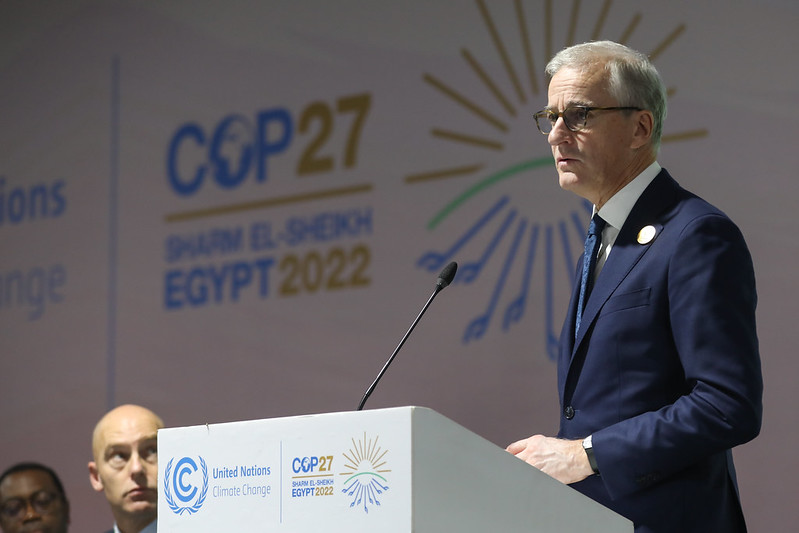 French Minister of State for Development, Francophonie and International Parternships, Dr. Chrysoula Zacharopoulou confirmed the commitment of €10 million from the Government of France towards the AAAP’s Upstream Finance Facility.

Referring to the AAAP, German Chancellor Olaf Scholz said: “I appreciate the Africa-owned and Africa-led initiative that we will gladly support”.

President William Ruto of Kenya intervened to state that accelerating adaptation is a matter of high priority, emphasizing that urgent measures are imperative to effectively cushion Africa’s people, their livelihoods, economies and communities.

President Hassan Sheikh Mohamud Somalia said: “Urgent action is needed to avoid the catastrophic effects of global warming by supporting the Africa Adaptation Acceleration Program, AAAP. The AAAP is a strong Africa-wide investment plan and delivery vehicle for adaptation… Of course, all this will need convincing climate-focused, bankable projects with a real impact on the lives of the people. This is why I welcome the joint effort and partnership of the Global Center on Adaptation and the African Development Bank to complement each other’s activities through implementation of the AAAP.”

Dr. Jeanne d’Arc Mujawamariya, Minister of Environment of Rwanda, said: “Only three percent of global climate finance has reached the continent, despite our vulnerability. Thanks to the efforts of the African Development Bank and the Global Centre on Adaptation, the Africa Adaptation Acceleration Program is designed to help close this gap. Under this umbrella, Rwanda has developed a special program to improve climate resistant infrastructure in rural areas. The Africa Adaptation Acceleration Program merits our full support and should emerge as a key achievement of COP27 for Africa.”

International Monetary Fund Managing Director Kristalina Georgieva emphasized the need to accelerate adaptation in Africa, stating: “It is paramount to support Africa’s adaptation because Africa will not reach its tremendous potential without it. AAAP complements the IMF’s Resilience and Sustainability Trust, which helps countries address external shocks such as climate change and ensure sustainable growth that can give Africa a chance to leapfrog outdated development models.”

African Development Bank Group President Dr Akinwumi Adesina said: “Africa is suffering from the devastating effects of climate change. Our continent is being short changed by climate finance. The contributions towards the Africa Adaptation Acceleration Program’s Upstream Financing Facility and the Climate Action Window—which the African Development Bank manages—will help capitalize the program. With increased capital, we can better deliver the investment needed to bridge the adaptation finance gap. We want to ensure that the most vulnerable communities can benefit from a sustainable and prosperous future.” 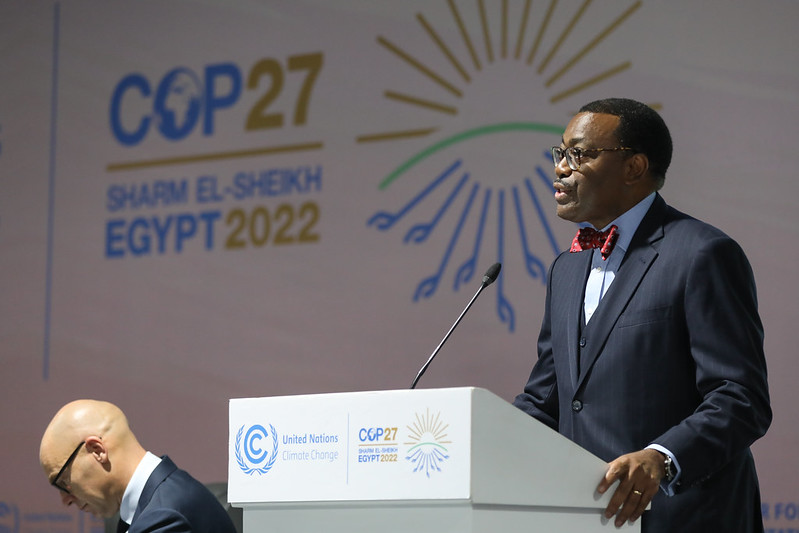 Endorsing the outcomes of the high-level meeting, Patrick Verkooijen, CEO of the Global Center on Adaptation, closed with a statement emphasizing the AAAP’s impact to date, noting that “There is no pause button on the climate crisis. Africa must adapt to the threat of climate change, and it must adapt now.”

“Through the AAAP,” he continued, “Africa has charted its path towards a climate resilient future for its youth, its economic growth, and for its prosperity.” 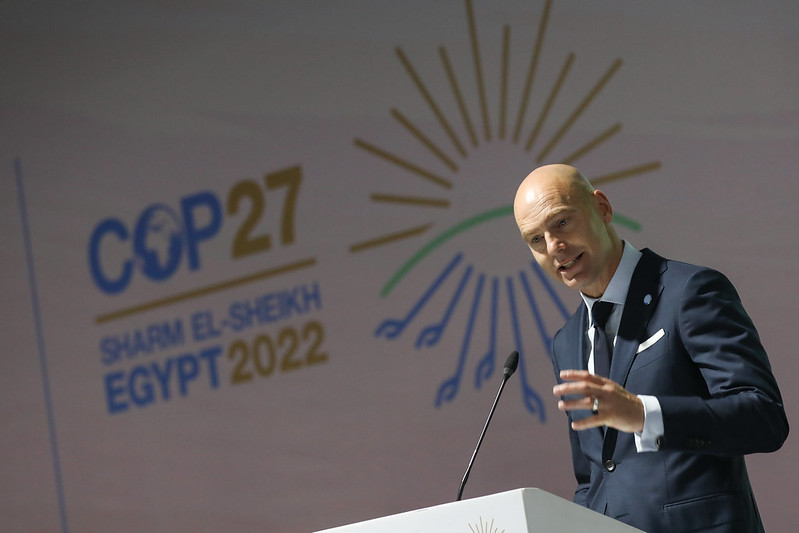 About the Global Center on Adaptation
The Global Center on Adaptation (GCA) is an international organization which works as a solutions broker to accelerate action and support for adaptation solutions, from the international to the local, in partnership with the public and private sector, to ensure we learn from each other and work together for a climate resilient future. Founded in 2018, GCA is hosted by the Netherlands, working from its headquarters in Rotterdam with a knowledge and research hub based in Groningen. GCA has a worldwide network of regional offices in Abidjan, Côte d’Ivoire, Dhaka, Bangladesh and Beijing, China. Through this evolving network of offices and global and regional GCA teams, the organization engages in high-level policy activities, new research contributions, communications, and technical assistance to governments and the private sector.

The Bank Group achieves this objective by mobilizing and allocating resources for investment in African countries and providing policy advice and technical assistance to support development efforts.

About the Africa Adaptation Acceleration Program
The Africa Adaptation Acceleration Program (AAAP) is a joint initiative of the African Development Bank and the Global Center on Adaptation (GCA). It aims to mobilize $25 billion, over five years, to accelerate and scale climate adaptation action across the continent. This ambition is delivered through the AAAP Upstream Financing Facility managed by the Global Center on Adaptation and the African Development Bank’s climate action window in the ADF replenishment. AAAP works across four pillars to achieve transformational results: Climate-Smart Digital Technologies for Agriculture and Food Security; African Infrastructure Resilience Accelerator; Youth Empowerment for Entrepreneurship and Job Creation in Climate Adaptation and Resilience and Innovative Financial Initiatives for Africa.  AAAP has already guided over $3.5 billion of upstream investments in 19 countries with every dollar spent influencing $100 downstream.

An Adaptation Delivery Breakthrough for Africa at COP27