R otterdam, the Netherlands, 30 May 2022 – The Global Center on Adaptation (GCA) and the African Development Bank (AfDB) hosted a virtual multi-stakeholder risk dialogue to discuss physical climate risks and the rationale for climate adaptation for the Port of Banjul 4th Expansion Project.

The discussions centered on the climate hazards the Port of Banjul is exposed to, and the impact of these hazards on the Port’s assets, operations, and services.

The Port of Banjul 4th Expansion Project was initiated to increase cargo handling and storage capacity of the terminal in order to address the increasing demand on the port facility as the volume of cargo and trade continues to rise while the facility is not expanding commensurably.

The African Development Bank and European Investment Bank are considering financing the proposed expansion of the Port of Banjul estimated at $114m. To this end, the AfDB has committed US$ 531,275 to the Gambia Port Authority as finance for preparatory activities relating to a bankable feasibility assessment and the investment preparation studies for the Port of Banjul 4th Expansion Project. 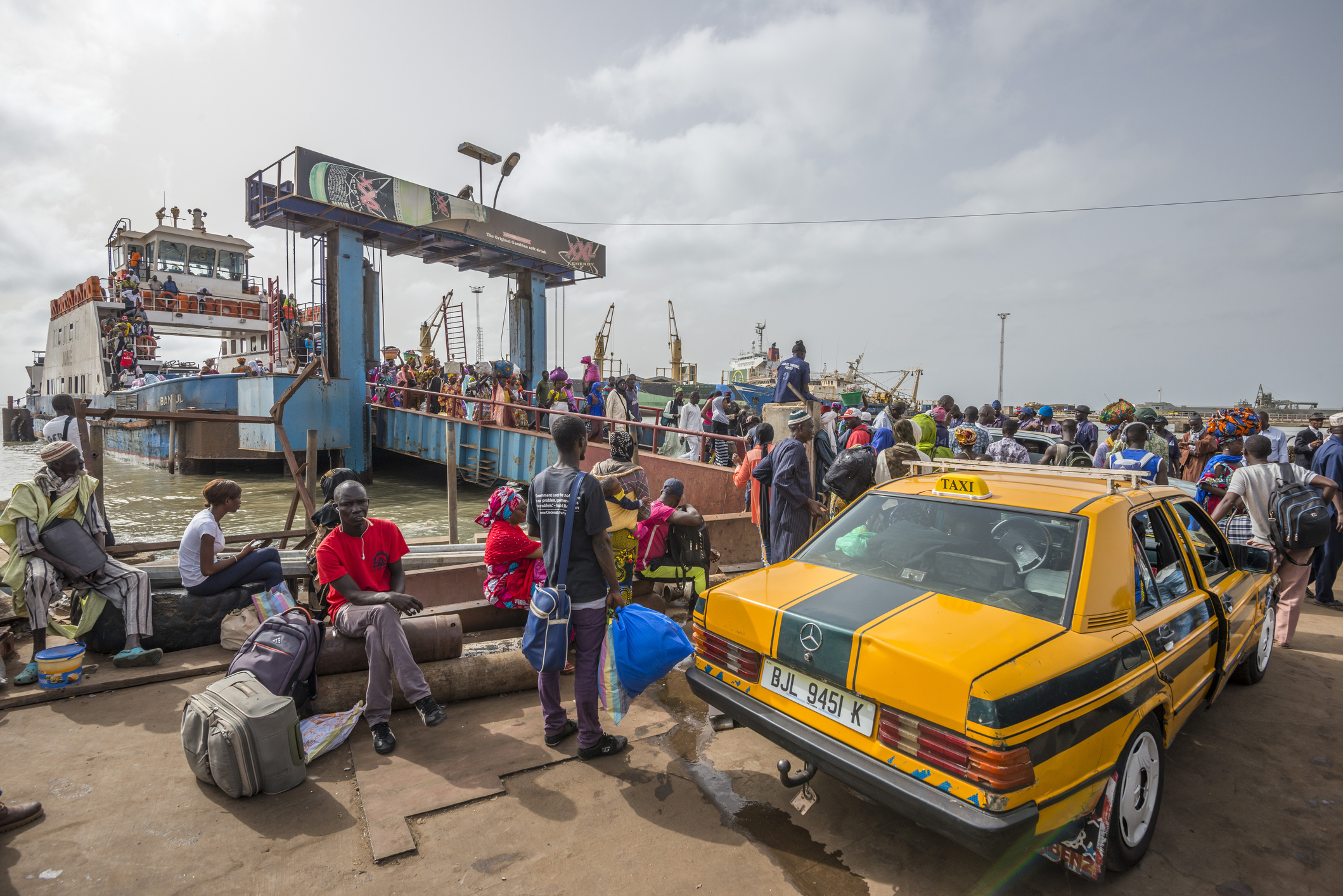 Within the framework of the Africa Adaptation Acceleration Program (AAAP) – a partnership between AfDB and GCA – GCA is providing technical assistance estimated at €200,000 to mainstream climate resilience to the Port of Banjul 4th Expansion Project, utilizing cutting edge climate analytics to identify and quantify the impacts of physical climate risk on the Investment and provide adaptation investment options to climate-proof the investment to the impacts of physical climate risks. To accomplish this, GCA has assigned the delivery of High-Resolution Climate Risks assessment, and Adaptation and Resilience Investment Options to a consortium featuring Lobelia Earth, Royal Haskoning DHV, and Cityscape Associates Gambia.

The findings from the climate analytics revealed that climate hazards could lead to cumulative economic damages to the Port of Banjul estimated at $27m over the next 30 years. This is about 23% of the $114m estimated to be invested in the Port of Banjul expansion project. It also emerged that the Port could lose up to 3% of its revenue annually due to the impacts of physical climate risks.

Stakeholders at the meeting agreed on the need to develop climate adaptation management plans to address the impacts of physical climate risks to the project. Mr. Ousman Jobarteh, The Managing Director of Gambia Port Authority stated that the potential economic losses to Port of Banjul from physical climate risk provide the rationale for climate finance to be made available for the implementation of climate adaptation measures to climate-proof the Port of Banjul to address the Port’s long term sustainability concern. 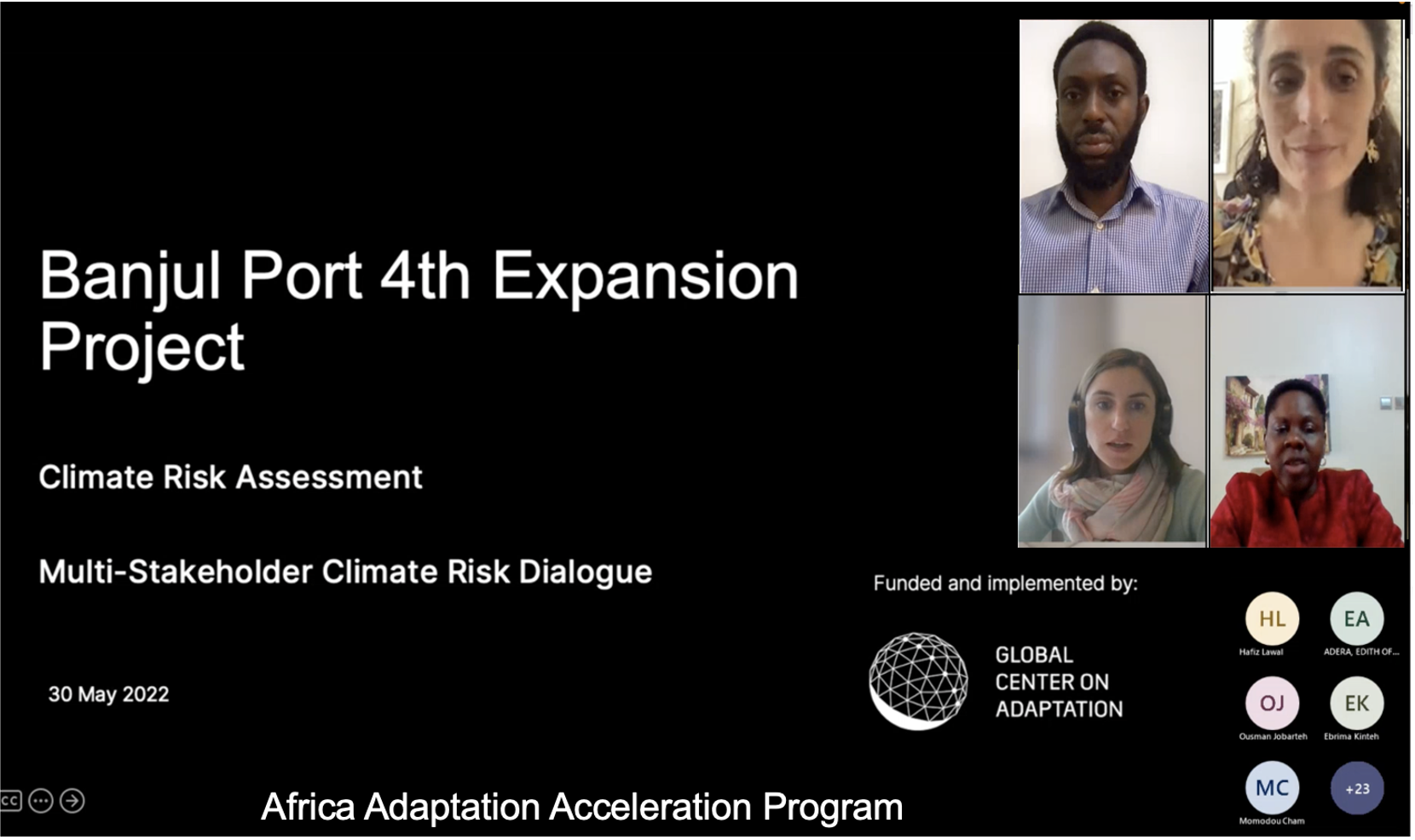 Notes to Editors
About the Global Center on Adaptation
The Global Center on Adaptation (GCA) is an international organization which works as a solutions broker to accelerate action and support for adaptation solutions, from the international to the local, in partnership with the public and private sector, to ensure we learn from each other and work together for a climate resilient future. Founded in 2018, GCA is hosted by the Netherlands, working from its headquarters in Rotterdam with a knowledge and research hub based in Groningen. GCA has a worldwide network of regional offices in Abidjan, Ivory Coast; Dhaka, Bangladesh and Beijing, China. Through this evolving network of offices and global and regional GCA teams, the organization engages in high-level policy activities, new research contributions, communications, and technical assistance to governments and the private sector.

About the Africa Adaptation Acceleration Program (AAAP)
The AAAP, an Africa-owned and Africa-led program, is a joint initiative between the African Development Bank (AfDB) and GCA with the goal of mobilizing $25 billion for adaptation in Africa by COP27. The African Union endorsed AAAP’s two financing mechanisms. The first mechanism is the AAAP Upstream Financing Facility hosted by GCA, which has already influenced $3bn in investment for adaptation in Africa since its inception in 2021. The AfDB administers the second financing mechanism through the climate set aside under the ADF-16 replenishment, which builds on the AfDB’s firm commitment to finance $12.5 billion – half of the AAAP investment target.