Five things you should know about the latest IPCC report

The IPCC’s latest report on climate change impacts, adaptation and vulnerability delivers “a dire warning about the consequences of inaction” in the face of the climate emergency.

T here is no turning back – the world is already facing the devastating consequences of climate change and any further delay in global action will slam shut a narrowing window of opportunity to keep the planet from becoming unliveable, warned scientists in the latest report by the Intergovernmental Panel on Climate Change (IPCC).

The IPCC, the world’s leading body of climate researchers, released a new report on 28th February that delivers “a dire warning about the consequences of inaction” in the face of the climate emergency. Not only is the world going to experience increased heat waves, droughts and flooding, but if temperatures continue to rise and global warming exceeds the limit of 1.5 degrees Celsius set at COP26, heat could become life-threatening and there will be irreversible consequences. Species will become extinct, people will suffer, glaciers will melt, and ecosystems will collapse.

Some climate hazards and disasters are already occurring simultaneously, and their cascading impacts are more and more difficult to manage. For instance, in 2020, more than 50 million people were affected by climate-related disasters. The Covid-19 pandemic hit the world that year too, posing significant challenges to climate disaster management.

UN Secretary-General António Guterres referred to this report, produced by 270 researchers in 67 countries, as an “atlas of human suffering and a damning indictment of failed climate leadership.”

While the report, which is the second in a series of three IPCC reviews, may not do much to relieve eco-anxiety, it offers a global ultimatum, shining a light on the possibilities that still remain to avoid the worst. According to IPCC scientists, we must accelerate efforts to adapt to the changing climate, while at the same time reducing carbon emissions.

To understand the critical nature of this call to action and the challenging path that lies ahead, at the Global Center on Adaptation (GCA), the only international organization dedicated entirely to climate adaptation, we have compiled a list of five things you need to know about the IPCC report – and what we are and should be doing about it.

1. Climate change is not a future threat, it is happening now. We must act and adapt.

The IPCC report points out that roughly half of the world’s population already experiences severe water scarcity at least part of the year. Food is also scarce, particularly in the world’s most vulnerable regions and this can hinder progress towards achieving the Sustainable Development Goals (SDGs). Climate change has also triggered massive displacement in vulnerable parts of the world, for instance, in some regions in Africa.

GCA’s latest State and Trends in Adaptation Report, which focused on adaptation in Africa, shows that the cost of action on climate adaptation of agriculture and food systems is less than a tenth of the cost of inaction in Sub-Saharan Africa. GCA has contributed to the design of an African Development Bank (AfDB) investment project to improve resilience and food security in the Horn of Africa and will contribute to another AfDB project to strengthen water resilience in drought-stricken areas of Nigeria, Uganda and Ethiopia.

2. For climate change, the impacts are not borne equally. Africa is especially vulnerable.

While climate change is going to affect every corner of the world, it is going to hit certain vulnerable regions much harder, according to IPCC scientists – and of all regions, the climate emergency is hitting Africa especially hard.

In spite of its negligible carbon emissions, Africa remains the most vulnerable continent to climate change. From 1991 to 2020 there were about 50 reported disasters per year across Africa, with floods contributing to two out of three events. The number of floods in Africa has increased five-fold since the 1990s, according to GCA’s latest State and Trends Report.

The Covid-19 pandemic worsened Africa’s situation and plunged the continent into its first recession in 25 years. Africa’s GDP losses could amount to as much as $500 billion and economic growth will be slowed for years to come.

The world’s women and youth bear the brunt of the climate emergency. In Africa, after Cyclone Idai struck Mozambique, Malawi and Zimbabwe in 2019, 75,000 pregnant women were left without reproductive health services, sanitation and clean water.

GCA focuses its work on the world’s most vulnerable communities and its largest program, the Africa Adaptation Acceleration Program (AAAP) aims to scale up adaptation in the African continent. GCA is also expanding its adaptation support to South Asia and Small Island Developing States. 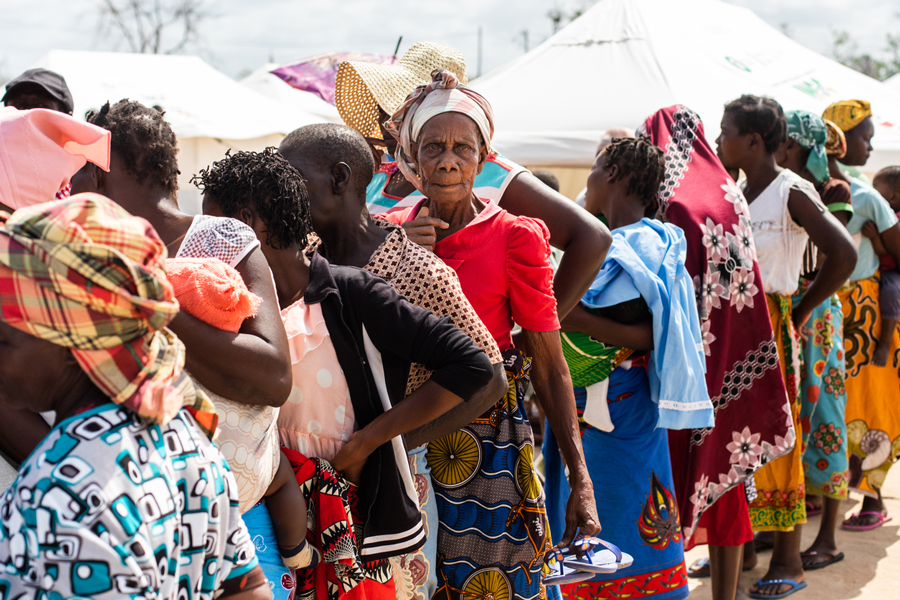 3. We know what we need to do but we aren’t doing it yet – financing for climate adaptation is insufficient.

“Adaptation efforts to date have been under-funded, uncoordinated, unequal and lack the boldness we need. The rich countries cannot leave the world’s most vulnerable out to dry,” said GCA CEO Prof. Dr. Patrick Verkooijen, adding that “time is running out to stop the forces driving a new climate apartheid.”

GCA’s AAAP aims to mobilize $25 billion for adaptation to support a faster and stronger Covid-19 climate-resilient economic recovery in Africa, the world’s most vulnerable region to climate change. The AAAP provides a model for other regions to scale up finance to the transformative levels required.

4. The smart money is in adaptation. Investing in adaptation is good for our health, the planet and the economy.

Adaptation efforts save lives and progress in adaptation has generated countless benefits worldwide. The IPCC report establishes that adaptation can improve “agricultural productivity, innovation, health and well-being, food security, livelihood, and biodiversity conservation as well as reduction of risks and damages.”

However, its progress is patchy and uneven, with observed gaps. For instance, although Covid-19 recovery presents an unprecedented opportunity to build back better, with adaptation leading the way, less than one-third of countries’ Covid-19 recovery packages have integrated climate risk information or resilience components.

In fact, G20 countries have directed nearly $300 billion in new funds towards fossil fuel activities since the beginning of the Covid-19 pandemic — more than they have toward clean energy.

To be truly transformational, adaptation must be scaled to the size of the climate crisis. It must respond to long-term risks and its distribution must be equal globally. Countries, cities and companies must integrate climate risks into their economic growth and development plans. Sufficient human and financial resources, and societal commitment, can help adaptation transition from incremental to transformational.

5. Time is running out. To achieve climate resilience, we must work together across societies and between countries.

“Climate resilient development is enabled when governments, civil society and the private sector make inclusive development choices that prioritize risk reduction, equity and justice, and when decision-making processes, finance and actions are integrated across governance levels, sectors and timeframes,” states the IPCC report.

The report shows that in some places, “limits” to adaptation have already been reached, but makes it abundantly clear that many of them are “soft limits”, and can be resolved with the right concerted actions, capacities, finance, policies and partnerships.

Traditionally marginalized groups such as women, youth, indigenous people, and ethnic minorities must engage in decision making and adaptation efforts.

GCA is a solutions broker that works at all levels – from the international to the local, in partnership with the public and private sector – to ensure we learn from each other and work together for a climate resilient future. For example, GCA’s Youth Leadership Program brings the voices of youth to the table and its Water Adaptation Communities of Practice bring people together – policy and decision makers, and practitioners – to support climate adaptation in the water sector.

The IPCC report says we need to drastically change the way we use land. How should we respond?