On May 14th 2021, the Global Center on Adaptation (GCA) will move to its new headquarters, a floating office building anchored in the Rijnhaven, a historical port on the south bank of Rotterdam’s Nieuwe Maas River.

S heltered by a man-made peninsula that juts out into the Maas, Rotterdam’s version of the Seine, the tranquil waters of the Rijnhaven are at the hub of a green architectural revolution in which climate adaptation takes center stage.

From a gently sloping roof layered with solar panels and greenery, to the structure’s base where a heat exchange system generates energy from the river, GCA’s new global headquarters is completely self-sufficient.

Floating Office Rotterdam (FOR), the name given to the project, is built almost entirely from sustainably sourced European timber. Choosing wood over concrete significantly reduces a building’s carbon footprint. Concrete, the most widely used construction material in the world, accounts for 4-8% of the world’s carbon emissions.

“With fast growing wood, which absorbs a lot of CO2 in a short time, we are able to make really high-end structural products nowadays,” said Dirk Jan Schaap, one of the lead architects behind the floating office project and a Real Estate Developer for the Rotterdam-based RED Company.

“Wood is a renewable source and by using it in construction we maintain the CO2 within. If we build a structure, for 50 or 100 years, all that time it retains the CO2,” he said. 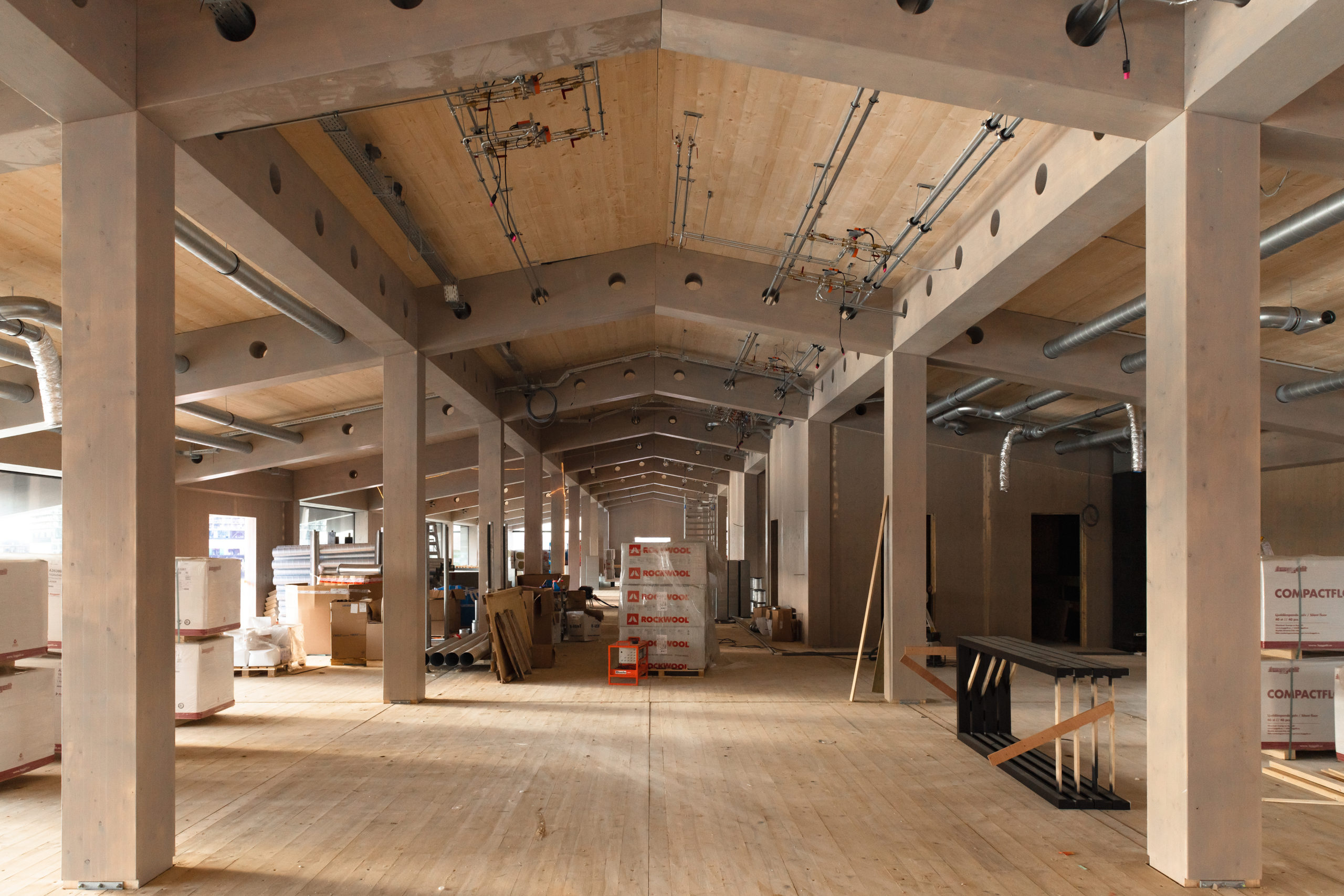 The solar panels extend over 900 square meters on the roof’s south-facing slope at an optimal angle to benefit from as much sunlight as the city has to offer. The green roof on the north side covers the same area and offers a variety of benefits such as energy efficiency, rainwater management and noise reduction.

“The green roof stores rainwater and that technique is being used more and more, especially in cities,” said Schaap.

Green roofs absorb rainwater runoff, filtering the water and decreasing stress on urban sewer systems, a bonus for countries such as the Netherlands, where rains are heavy and frequent.

The new building is in the final states of assessment that lead to the prestigious BREEAM Outstanding accreditation, the highest certification for sustainable building in the world.

Speaking about the new global headquarters, Patrick Verkooijen CEO of GCA said:
“I am delighted that GCA will be housed in a building that showcases pioneering climate-resilient office design and I hope it will inspire others to future-proof their infrastructure. Taking suitable steps before disaster strikes not only makes economic sense but can also help us to mitigate against climate change.”

The building’s official inauguration will take place in September, in a ceremony which is expected to include the 8th Secretary-General of the United Nations and Chairman of the GCA Board Ban Ki-moon. 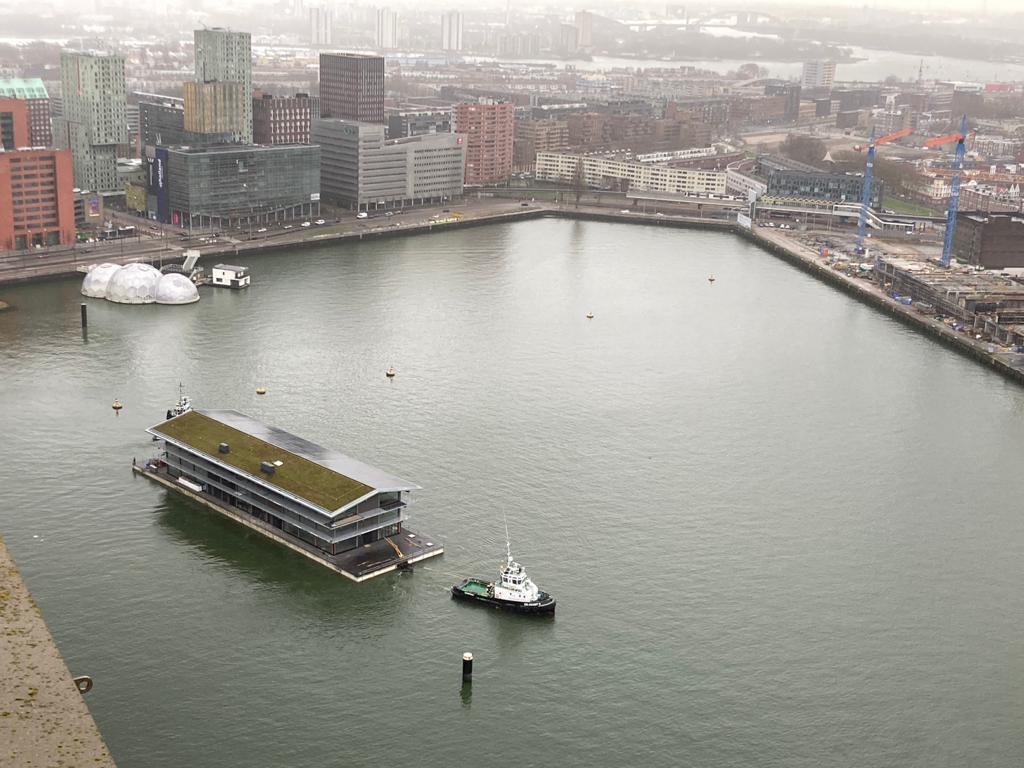 How was GCA’s new headquarters built?

The lead architect involved in the design of the floating office is Nanne de Ru, owner of the Rotterdam-based Powerhouse Company, which worked closely with RED and a team of experts to erect the groundbreaking building.

The building’s gigantic floating base, measuring 90 by 24 meters, was prefabricated at three different locations in the Netherlands. After it was put together, the base was towed from the city of Zaandam near Amsterdam, to its permanent berth in the Rijnhaven, more than 80 kilometers away, in an epic two-day journey through Dutch waterways.

The base of the office is made of concrete, some of it recycled. The designers researched the possibility of reusing old steel bunkers for the foundation, but this base would need to be removed from the water every five years, a difficult task when a three-story building with a gross area of 4,000 square meters rests on top of it.

The base is reusable and contains a heat exchange system that works much like the home floor heating systems that are rising in popularity around the world as sustainable and economical heating options.

“It’s a really simple system that uses heat pumps to take energy from the water of the Maas and use it to heat or cool the building…we have electricity in the roof and an energy source at the bottom, together that makes the building work,” Schaap noted.

Should the GCA ever need to relocate its headquarters, apart from floating to a different spot, the unique office can be completely disassembled and reused, an example of circularity in motion.

Watch this video to see how the floating office was built.

Will GCA staff get seasick?

GCA staff need not worry about getting their sea legs. The floating office owes its stability to the large size of its base and its structural design, Schaap explained.

“We took that into consideration from the beginning. Because of its gigantic size the load on the water is quite high, otherwise you’d be seasick all day at work,” he said. 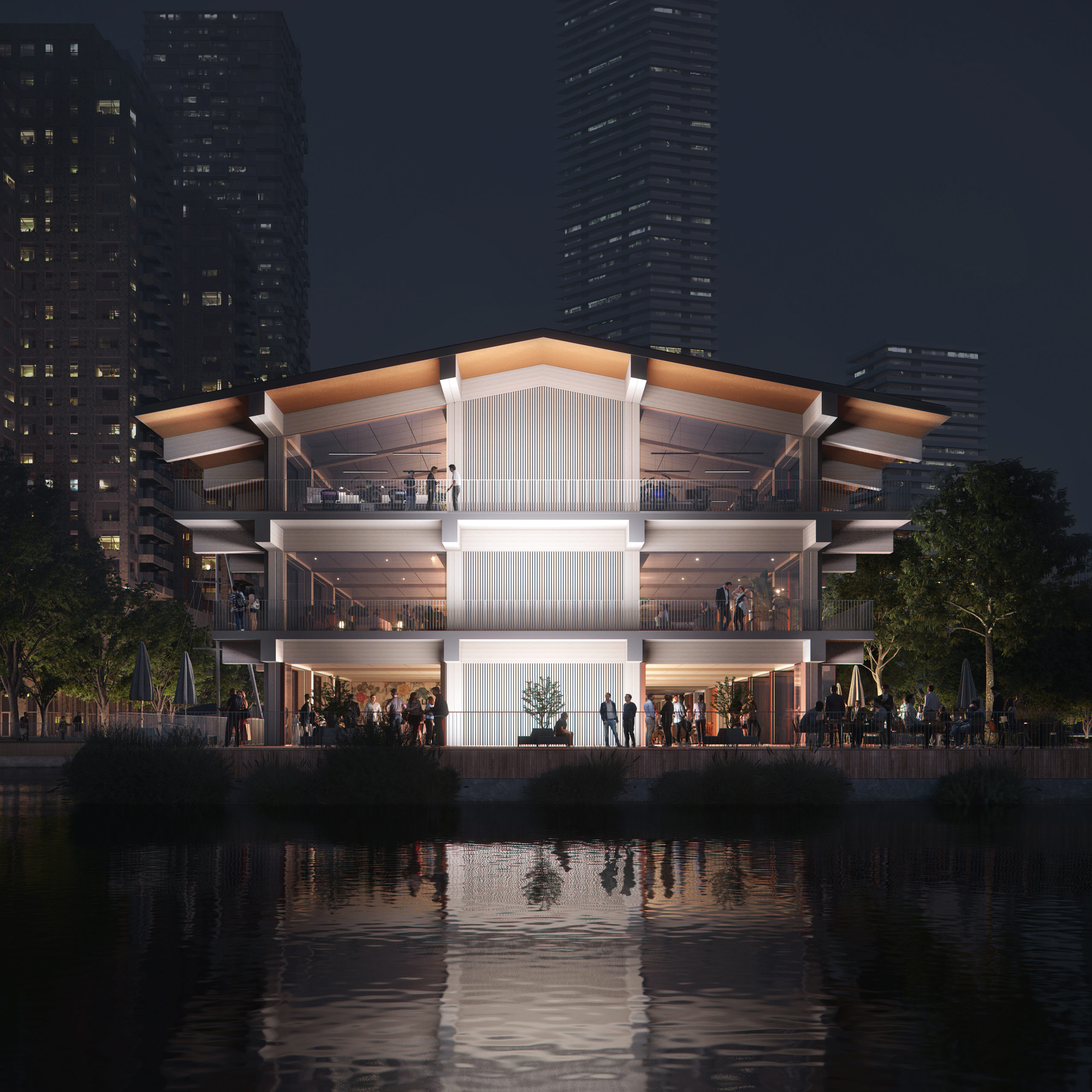 From the Field: Flood-prone communities in Accra, Ghana, require urgent, locally-led adaptation assistance
Youth in Climate Adaptation: Moving towards the Digitalization of Agriculture