How Singapore is putting a stop to water running out

Singapore is carrying out one of the world’s most ambitious efforts to cut water demand and improve supply. Reporting for the Thomas Reuters Foundation, Michael Taylor and Claudio Accheri cover what the nation is doing to become water independent amid increasing water stress.

E very day after his morning run, Adam Reutens-Tan washes under a half-full camping shower hooked on the ceiling of his bathroom. The modified shower, which uses just four litres of water, is one of several ways the Reutens-Tans family conserve water as part of a countrywide push to cut Singapore’s daily consumption by 8% by 2030.

The nation currently uses 141 litres per person each day – about enough for two typical eight-minute U.S. showers, according to Harvard University statistics.

Singapore, a steamy, low-lying island city-state, is the fifth most likely country in the world to face extremely high water stress by 2040, according to the U.S.-based World Resources Institute.

And it is hardly alone.

U.N. data shows 2 billion people – a quarter of the world’s population – now use water much faster than the planet can replenish natural sources, such as groundwater.

Singapore gets about half of its water from neighbouring Malaysia, according to local water experts, importing supplies from the Johor River under deals dating back to 1927.

But the current import agreement is due to expire in 2061 – and the price Singapore pays for Malaysian water has been a source of friction between the neighbours for years.

Singapore buys river water from Malaysia for 3 sen – less than a tenth of a U.S. cent – per 1,000 gallons, then treats it and sells some of it back to Malaysia’s Johor state at 50 sen per 1,000 gallons.

Earlier this year, leaders from both countries agreed to consider arbitration to end months of political squabbling over the water deal.

Such stresses over water are increasingly common in Asia, where almost half of the population lives in the basins of just 10 rivers – and four of those are expected to dry significantly in the next 50 years, according to think tank China Water Risk.

From water supply disputes between countries along the Mekong River to groundwater threats in India and growing scarcity in megacities such as Jakarta and Manila, water is becoming a bigger point of political contention in the region.

“We keep talking about how important (water) is but it is probably an area where the least cooperation is happening,” said Dechen Tsering, Asia-Pacific director at UN Environment.

Faced with uncertainty about long-term water imports, and with more irregular rainfall linked to climate change, Singapore is now working to supply much of the water it needs at home.

It is doing that through a combination of stringent conservation, re-use and innovative technology.

Since 2006, the Southeast Asian nation – one of the region’s wealthiest – has committed almost half a billion dollars to improving water technologies.

It also runs ongoing public awareness campaigns on the need to conserve water.

They urge people not to use a hose to wash the car, not to leave the tap running when washing dishes, not to keep the shower on while soaping up.

Reutens-Tan and his family have taken the messages to heart.

“When we lived in Australia, the house we lived in was really old and the water temperature wasn’t constant,” said the 42-year old, who lives with his wife and two young children in a block of flats in Hougang district.

“So I got a camp shower and started to use it during the winter and summer – and realised how much water it saves.” 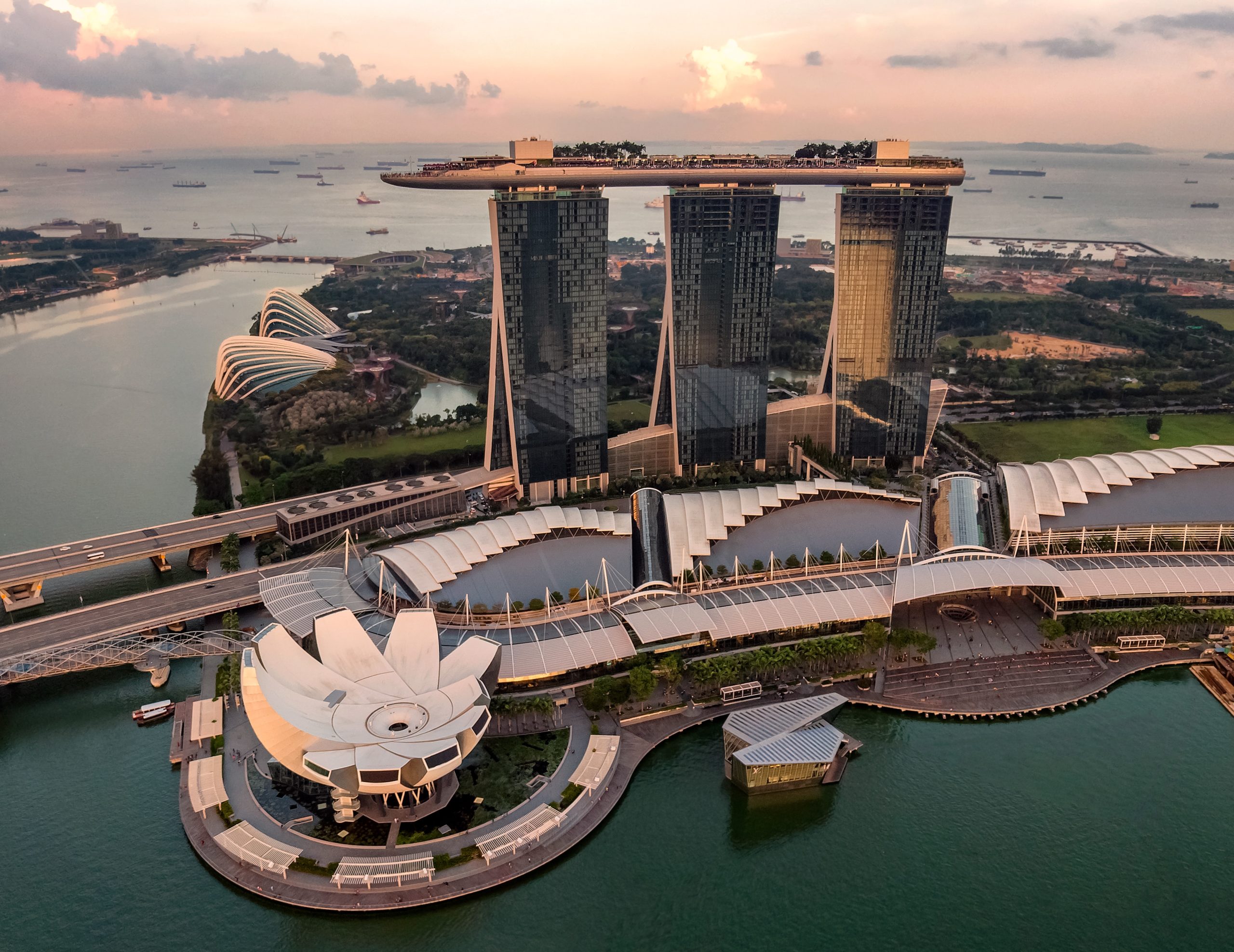 The family limits showers to five minutes, uses a spray bottle instead of a bucket to mop floors, opts for one-pot meals to cut washing up, and uses just one mug of water each when brushing teeth.

Their utility bills show they use less than half the Singaporean average.

“It is crucial to be water independent,” he told the Thomson Reuters Foundation. “No one should have to rely on someone else for a basic need.”

That is essentially Singapore’s aim, as the country pushes forward one of the world’s most ambitious efforts to cut water demand and improve supply.

Just under half the water goes to households.

But during the next four decades, overall water demand is expected to almost double as the population grows.

Since independence over half a century ago, Singapore has recognised the importance of diversifying its water sources.

Work to shore up supplies began decades ago with a clampdown on littering and a cleanup of rivers and canals, in a nation that once joked the blind could “see” rivers by their smell.

Singapore also invested heavily in underground drainage systems and dams. The tiny country now has 17 reservoirs that collect the rain that falls on two-thirds of its land area.

It is testing smart water meters that use wireless technology and immediately detect excessive usage or leaks.

And it invested in five wastewater recycling plants that now provide 40% of Singapore’s water needs – a figure the city-state hopes will rise to 55% by 2060.

Ever more cities worldwide recycle wastewater but whether every drop can be reused depends on the attitude of users, said Cecilia Tortajada, senior research fellow at the Institute of Water Policy at the National University of Singapore.

While industries may be happy to use recycled water, not everyone is as happy to drink it. 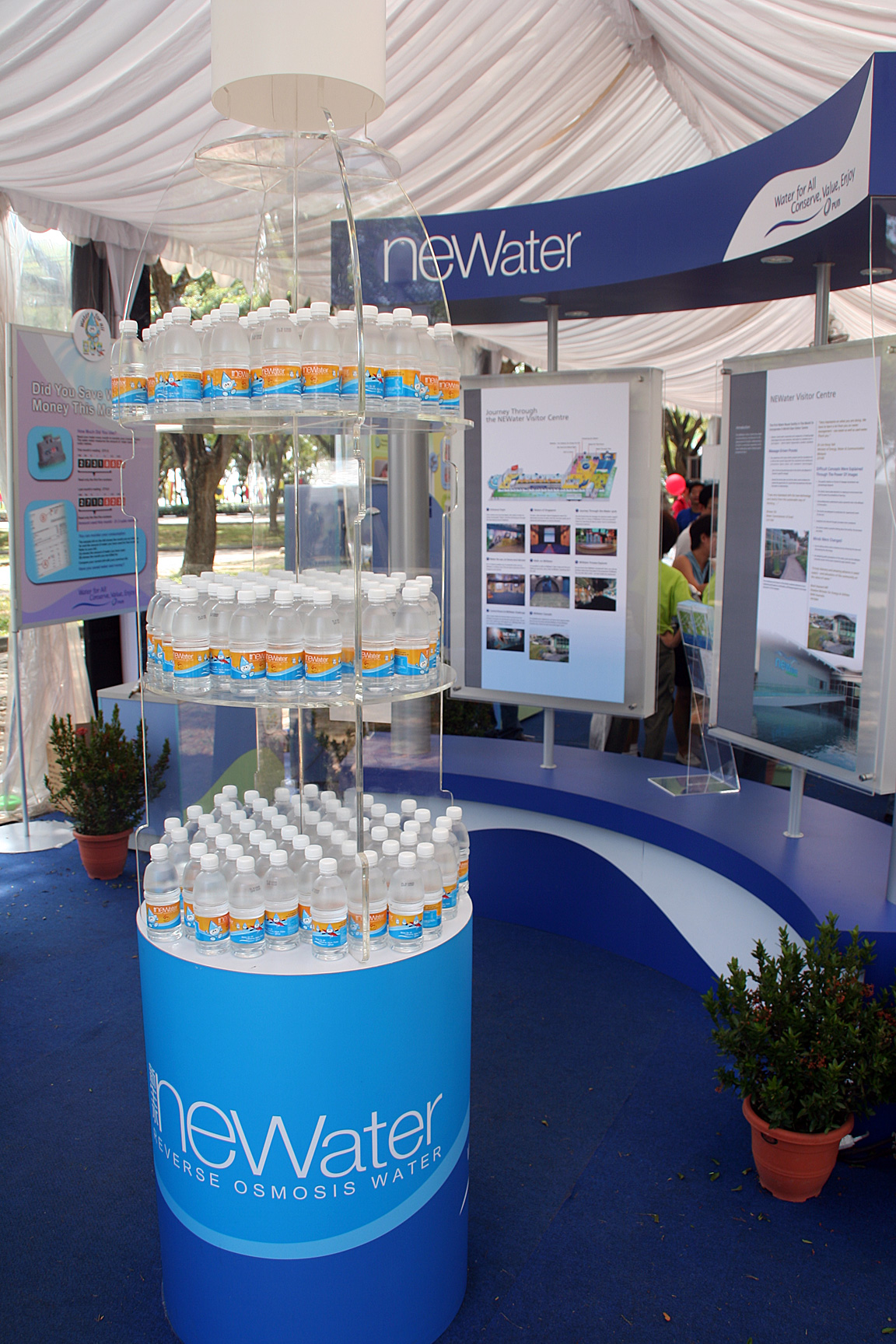 NEWater is a desalination plant that turns seawater into drinking water. Photo by Huaiwei

It opened its first desalination plant in 2005, and now has three, with two more due by 2020. The plants working today can provide up to 30% of Singapore’s water demand, PUB said.

Desalination requires lots of energy – one reason it is not more widely used around the world.

But new technologies and greater use of renewable energy mean PUB thinks it can halve its desalination power needs and make sure more of the energy is clean.

Today, the possibility that Singapore could become totally self sufficient and give up imports is no longer unthinkable, said King Wang Poon, director of the Kuan Yew Centre for Innovative Cities at Singapore University of Technology and Design.

The biggest barrier may actually be the low cost of water from Malaysia, said Gabriel Eckstein, president of the International Water Resources Association.

“My understanding is that Singapore could already achieve (independence) today,” he said. “It doesn’t make economic sense to become fully self-sufficient at the moment.”

Singapore’s increasingly successful push for water security is, however, unlikely to be repeated in other Asian cities any time soon, said Tortajada of the Institute for Water Policy.

Lack of cash, pollution, corruption and inefficiency all stand in the way, she and other water experts said.

Singapore’s focus on innovation and its flexibility, she said, are key to its progress.

“There is a lot of (water) policy innovation in Singapore, which is something you don’t normally see,” she said.

And despite its rigourous system of planning, she said Singapore was “not afraid to change the plan. If something doesn’t work, they adapt and modify it.”

In Singapore, Poon added, “water policy has become the thing that all other policies had to bend to”.

Back at his apartment, Reutens-Tan said Singapore’s initiatives to conserve water were good first steps but PUB, the national water agency, must be more aggressive to hit its conservation targets.