In spite of being hit hardest by climate change, women have limited access to climate decision-making and leadership roles. We are working hard to change that.

T he Covid-19 crisis has exposed the depths of gender inequality on a global and disquieting scale: from a spike in gender violence, to a sharp rise in women and girl’s unpaid care work fuelled by worldwide lockdowns and school closures.

Sadly, the pandemic is just the tip of the iceberg. With a similarly pervasive scope, the climate emergency is not gender neutral either:

In spite of being hit hardest, and possessing valuable local knowledge, women have limited access to climate decision-making and leadership roles that could improve their situation and the world’s. Their inclusion is crucial to effective climate adaptation action, yet this remains a global challenge.

This year’s International Women’s Day, celebrated today, focuses on “gender equality today for a sustainable tomorrow.” The 2022 theme encompasses the contribution of women and girls all over the world who, despite insurmountable challenges, have taken the lead in climate adaptation and mitigation action to build a more sustainable future for all of us.

With a similar goal, the Ban Ki-moon Centre for Global Citizens (BKMC), partnered with CARE’s Climate Change and Resilience Platform, and the Diplomatic Academy of Vienna to conduct a capacity-building training to elevate the leadership of young women in one of the world’s most climate-vulnerable regions, the African continent, in response to the climate crisis.

In October 2021, thirty African women between the ages of 20 and 35 embarked on the 20-week “Online Executive Training – Young Women Leadership on Climate Adaptation,” supported by the Global Center on Adaptation (GCA) and the Norwegian Agency for Development Cooperation.

The women, from the Democratic Republic of Congo, Egypt, Ghana, Kenya, Nigeria, and Zimbabwe, were selected from a pool of more than 400 applicants based on their community leadership skills and dedication to climate action and adaptation, according to Viola Christian, Program Officer at BKMC.

The participants shared some of the training’s many benefits, including the opportunity to belong to an empowering network of women in adaptation: 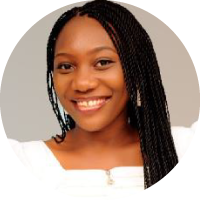 “The training gave me a platform to connect with more than thirty climate champions: the instructors, resource persons and other trainees,” said Jiata Ugwah Ekele, 24, a Knowledge Management and Extension Assistant at the Climate and Sustainable Development Network of Nigeria.

Dorah Momanyi, 29, a Kenyan food scientist and founder of the Nutritious Agriculture Network, applied for the training because she finds “a strong link between local food systems, climate change and the attainment of SDGs given local food systems play a critical role in climate adaptation.”

“In a continent where youth unemployment is on the rise, climate adaptation puts a meal on my table,” she said, highlighting that, “I am a bigger and better brand as a result of this online training. Being a millennial generation influenced by everything western, I appreciate more than ever the role of local climate adaptation strategies fronted, designed, and led by women.” 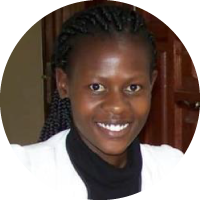 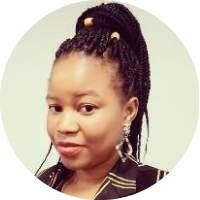 Patience Sibanda, 28, a Zimbabwean student and researcher in the field of Climate Smart Agriculture and resilience building at the University of Fort Hare, South Africa, said, “I gained priceless knowledge on climate crisis management, the nexus of gender, climate vulnerability, adaptation, resilience and advocacy and the pivotal role young women play in bringing attention to climate policy architecture.”

For Mariam Elsadek, 27, a marine scientist from Egypt who works as an Environmental Communication Manager at Hurghada Environmental Protection and Conservation Association, the training created “a powerful community of women who work in the field and support and encourage each other.” 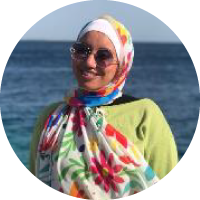 “The idea is to bring these young leaders together and elevate them to another level so that they can be more effective at driving climate adaptation solutions,” said Christian, explaining that one of the training’s main goals is that, as women, its participants will transfer the knowledge gained into more gender inclusive climate adaptation practices.

“Another big reason is that we want to connect them and give them opportunities and platforms to show the world that they have knowledge and that they already do so much for climate adaptation but their voices are often just not listened to – bringing them into opportunities where they can network with high-level decision makers. That way we ensure that they can be more effective in what they want to achieve,” Christian said.

The training, which is designed to be replicated in future, will conclude on 17th March and CEO of GCA, Professor Dr. Patrick Verkooijen, will deliver a speech during the closing ceremony.

For more information about the training “Young Women Leadership on Climate Adaptation” visit the BKMC or GCA website.

Why is the climate falling apart? Because women aren’t involved in action