Wetlands stabilize coastlines, buffer against extreme weather events, and reduce the risk of soil erosion. On World Wetlands Day, we are highlighting the important role wetlands play in adaptation and climate action.

W etlands are disappearing at an alarming rate all over the world: three times faster than forests. These areas of land that are partially or totally covered with water – permanently or seasonally – include marshes, swamps and bogs. Along with coral reefs and rainforests, wetlands are among the world’s most biodiverse ecosystems.

“Healthy wetlands are biodiversity hotspots that can greatly contribute to building climate resilience and are efficient in sequestering carbon in its soil and biomass. Wetlands are nature-based solution constructed and maintained by nature itself. However, between 1970 and 2015, approximately 35 percent of the world’s wetlands were lost, and the destruction of wetlands is accelerating,” said Joep Verhagen, Program Lead of GCA’s Water and Urban Team.

World Wetlands Day, celebrated today for the first time as a United Nations international day, aims to save the world’s wetlands and raise awareness about their crucial role for the planet. In this spirit, and as the only international organization dedicated exclusively to climate adaptation, we are highlighting just how important wetlands are to adaptation and climate action:

Wetlands absorb excess water and precipitation, which means they are nature’s disaster management systems, helping with flood alleviation, a necessity considering the devastating floods that have wreaked havoc around the world in recent years. Wetlands, including underground aquifers and man-made reservoirs, also provide water storage and purification through the plants and microorganisms that they house, a magnificent adaptive quality, particularly in countries that face long periods of drought. 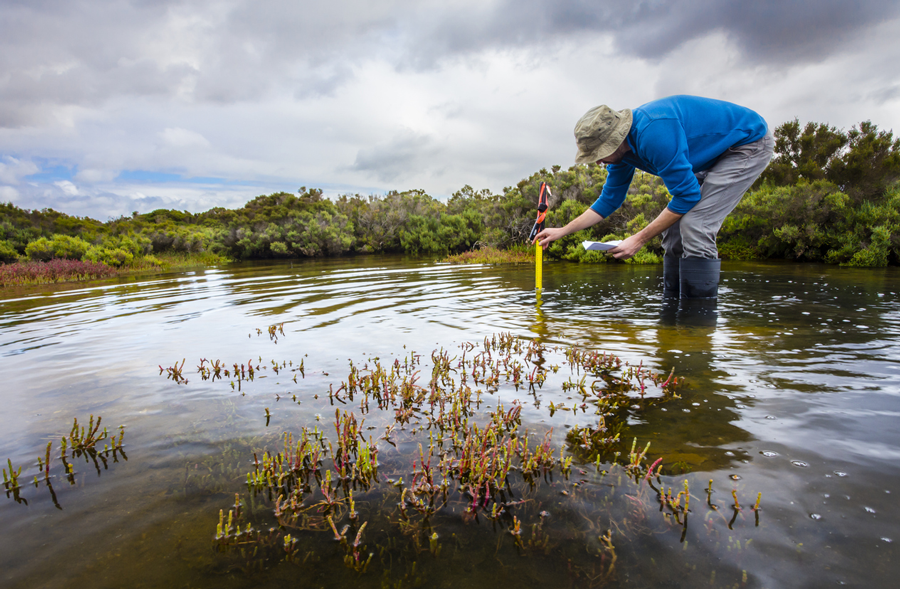 Mangroves and other coastal wetland ecosystems are well known storm buffers, providing a natural shield against storm surges and tsunamis and decreasing their power. They also play an important role in the recovery phase after powerful storms, providing coastal communities with sources of food and building materials. In addition, wetlands offer a safe haven for biodiversity during and after storms. 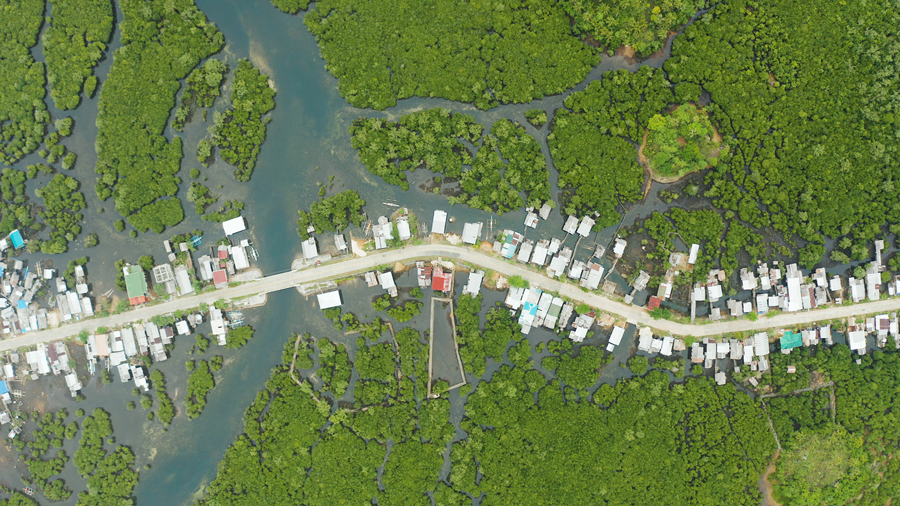 Mangrove forests helped shelter residents in Siargao, the Philippines from storm surges during the onslaught of Typhoon Rai

Wetlands provide shelter, breeding and nesting grounds for many species of birds and aquatic fauna. Mangroves are often referred to as nurseries for the world’s seafood supply including fish. These marine forests protect coral reefs and their biodiversity as they trap sediment coming from inland areas. Inland waters house 40 percent of the world’s fish species and wetlands and their surrounding areas are home to approximately 25 to 30 percent of the world’s entire vertebrate biodiversity. 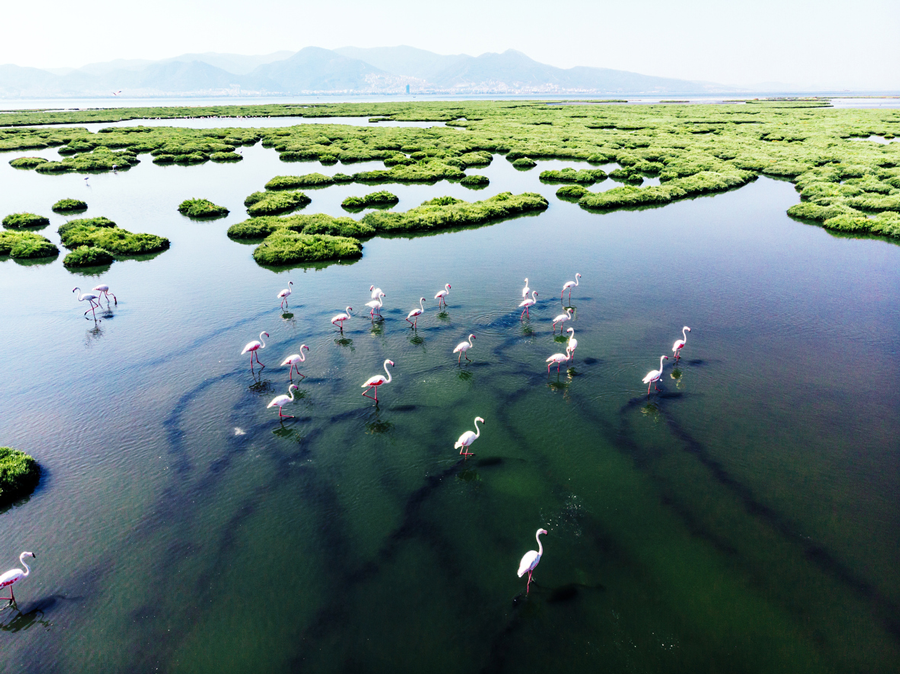 Wetlands capture CO₂ from the atmosphere, making them nature’s own solution to the climate emergency. In fact, they store more carbon than any other ecosystem on Earth, and peatlands alone store twice as much as all the world’s forests. According to Ramsar’s Scientific and Technical Review Panel, wetlands cover only nine percent of the planet’s surface, but store up to 35 percent of terrestrial carbon. Unfortunately, this means that the drainage or destruction of wetlands can cause significant carbon emissions.

Spanning Bolivia, Brazil and Paraguay at more than 42 million acres, the Pantanal is the largest tropical wetland in the world and an important carbon store

5. Wetlands are Sources of Livelihoods

Wetlands help sustain local communities and combat food insecurity by supporting fisheries, agriculture, livestock and fuel production. According to Ramsar, wetlands sustain an extraordinary amount of jobs around the world, including a billion households throughout Asia, Africa and the Americas that rely on rice growing and processing. 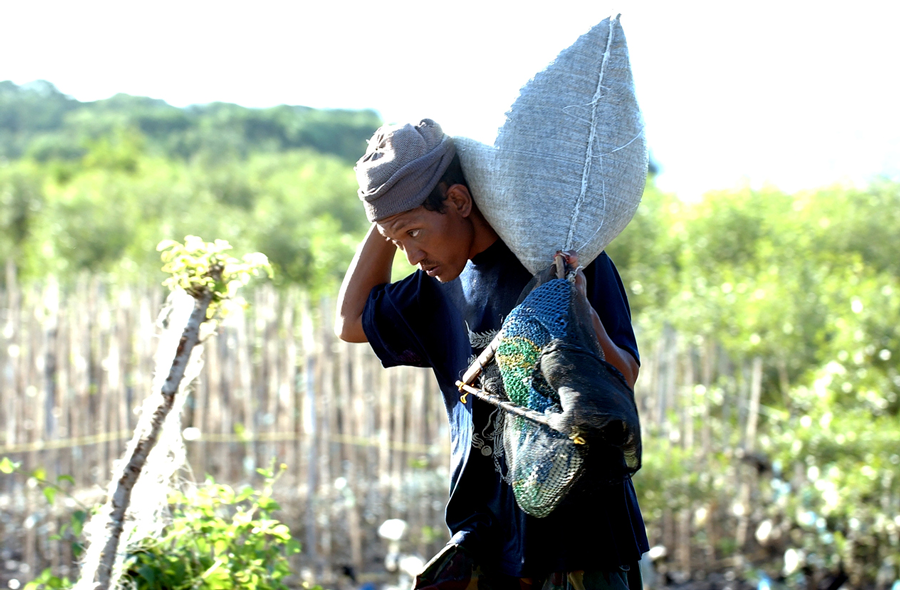 A fisherman walks through mangrove forests with his catch in Surabaya, East Java, Indonesia

Zooming in on Wetlands

The Paraná River, an artery that stretches through the La Plata basin, is home to an enormous mosaic of rich, biodiverse wetland systems covering more than 22,000 square kilometers, just a fragment of Argentina’s 600,000-square-kilometer wetland system that covers an impressive one fifth of the country.

The Paraná Delta, featured in GCA’s lighthouse report “Living with water, climate adaptation in the world’s deltas,” is one of many wetland systems in the world falling prey to unsustainable agriculture and unfettered urbanization. 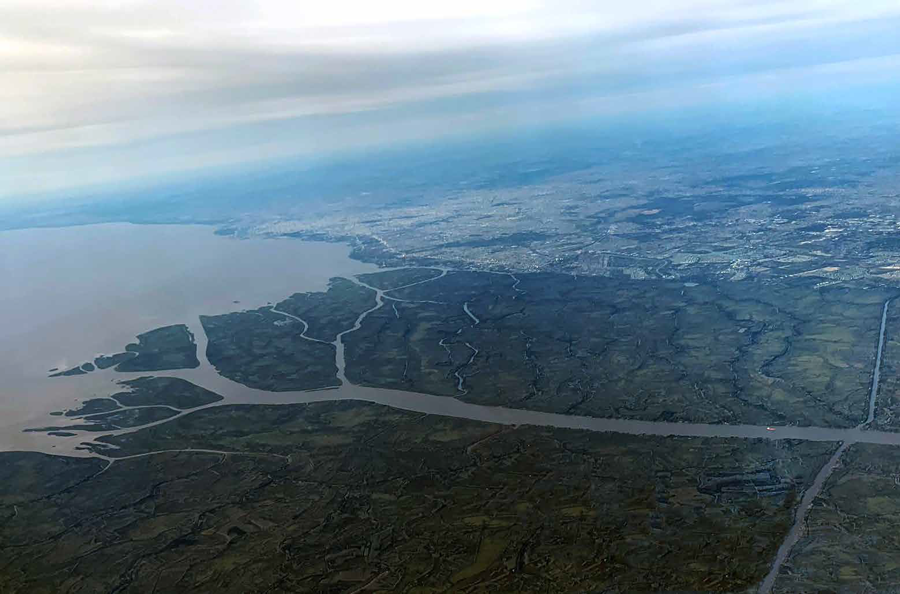 In 2008, increased development and the expansion of agriculture, forestry and livestock production led to an environmental catastrophe in the Paraná Delta. A severe drought and the systematic use of fires to eliminate unwanted vegetation led to the tragic loss of 11 per cent of its land cover.

Fortunately, in 2020, the Argentinean government launched a program of “conservation lighthouses” or operational bases scattered throughout the Paraná Delta for environmental management and monitoring, aiming to prevent fires and environmental risks in the area.

Around the world and here in the Netherlands, a deltaic country that houses more than one million hectares of wetlands, “artificial,” constructed wetlands are being used more and more to treat and store water. Artificial wetlands can include reservoirs and ponds and they function as natural wetlands, capturing carbon and cooling the planet. A pilot wetland at Sparta Football Stadium in the port city of Rotterdam was designed to treat 20 cubic meters of stormwater per hour to be stored and used to irrigate the playing field.

Improving the protection, management and restoration of wetlands is critical to our collective wellbeing and to protecting our planet.

For more information about water and climate adaptation, please visit GCA’s Water and Adaptation Community (WAC) platform and its new Community of Practice on Deltas.

COP26 Outcome: A Step Change for Adaptation
The Delta Blues: Why Climate Change Adaptation is Crucial in the World’s Deltas